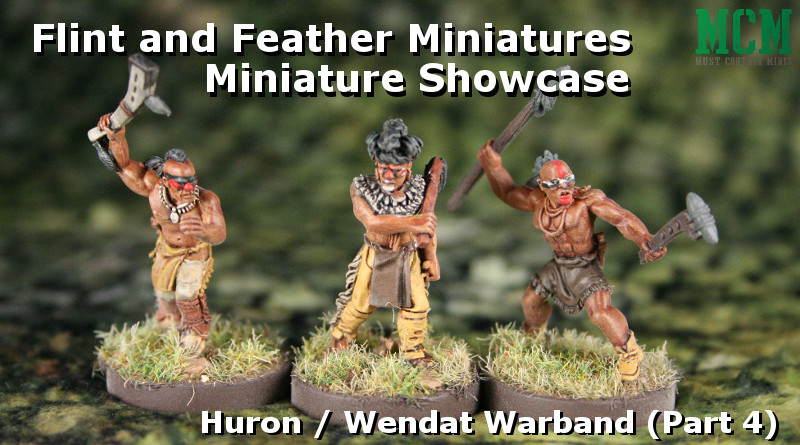 In this post, we take a look at three Melee Warriors from Flint and Feather. For those that do not know, Flint and Feather is a campaign miniatures game focusing on the warriors of the Great Lakes region of North America before the arrival of European Settlers. If you like these miniatures, you can find them in the Huron / Wendat War Party Boxed Set off of the Crucible Crush Store.

My friend Dave Lamers painted these up and lent them to me for the purposes of this showcase article. Thanks Dave!

We have seen some of the melee warriors from the boxed set in part one of this article series and in an article I wrote for Bell of Lost Souls.

Today, we look at three more of those models.

These guys are pretty cool. Of the three, my favourite is the one with a spear and club.

My next favourite would be the man running into battle with his club ready.

The final warrior looks very well like he could be a leader of the group.

Hopefully you enjoyed this quick look at some Huron / Wendat Melee Warriors by Crucible Crush. I personally think these models are great and have a collection of my own too.

Again, the models pictured here belong to Dave Lamers and he does Commission Work for anyone interested.

All pictures above were taken on a Cigar Box Battle Gaming Mat.