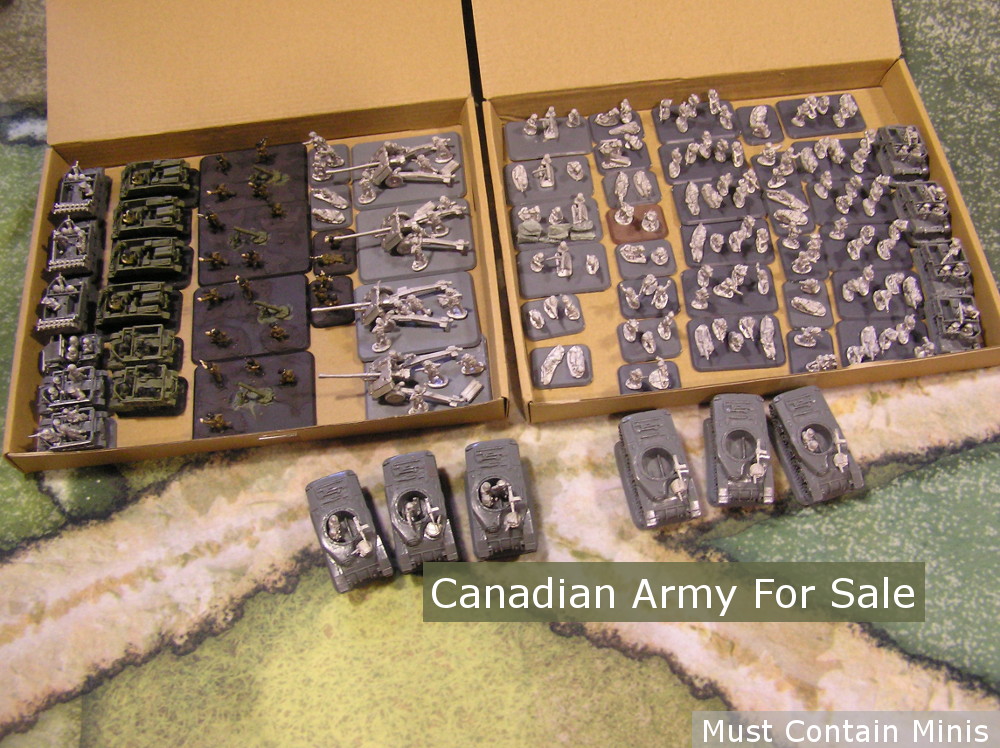 Still read the post though for some excellent pictures.

As many of my readers may know from my social media accounts, I am very excited about the upcoming Hotlead Convention in Stratford, March 16 to 18. One of the draws to this event is the bring and buy table, and I plan to sell one of my four Flames of War Armies at this event. The army in question is my Late War British/Canadian Rifles Company.

What is special about this force? Absolutely everyone has a ride. Not a single soldier has to march through Holland when Kangaroos and Carriers are plentiful!

In addition to the models above, I also have five 15mm Plastic Soldier Company Allied Half-tracks for sale.

I would like to sell this Flames of War Army as a whole company for $140 Canadian, but may end up breaking up the set and selling it piecemeal on Hotlead’s Bring and Buy Tables.

Now let’s take a closer look at the models that I have for sale.

Flames of War Miniatures for Sale

There are two Rifle Platoons in this sales list as well as a total of six Kangaroos for them to ride.

Now this is a uniquely Canadian unit. Near the end of WW2, the Canadians experimented with mounting large numbers of PIAT Launchers to the backs of their universal carriers. In so doing, they could rain death and destruction on their enemies. Game wise, they operate like mounted Medium Mortars with a reduced range. 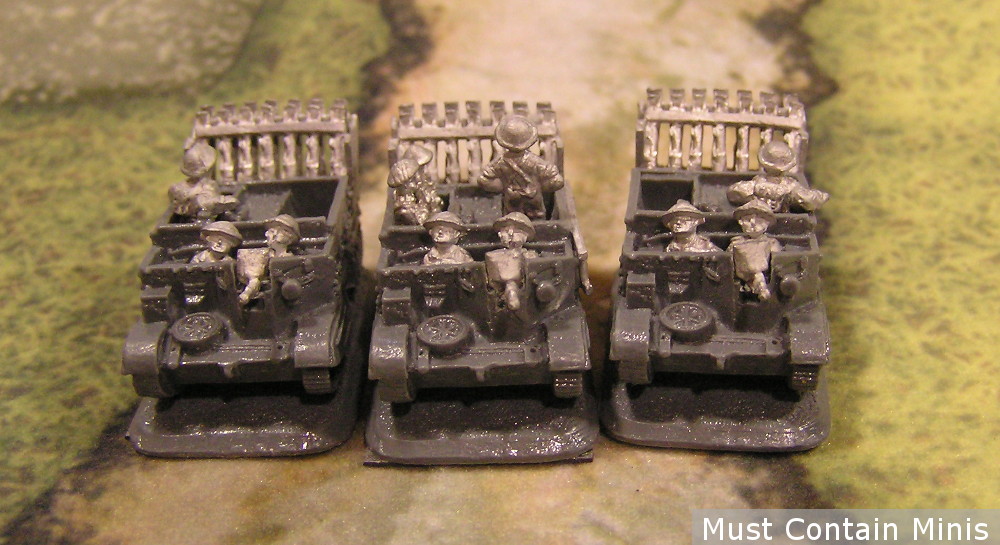 Hopefully you enjoyed this quick look at the Flames of War Army that I have for Sale at Hotlead. If you are going to Hotlead (or are local to Kitchener / Waterloo [Ontario, Canada]), and are interested in this army – then send me an email and maybe we will come to an arrangement before the Bring and Buy event.

I hope to put the money towards a new camera for the website (and perhaps a few more minis for Flint and Feather).

As a final note, every base in this miniature set has been magnetized so that they maybe easily transported in a metal toolbox.