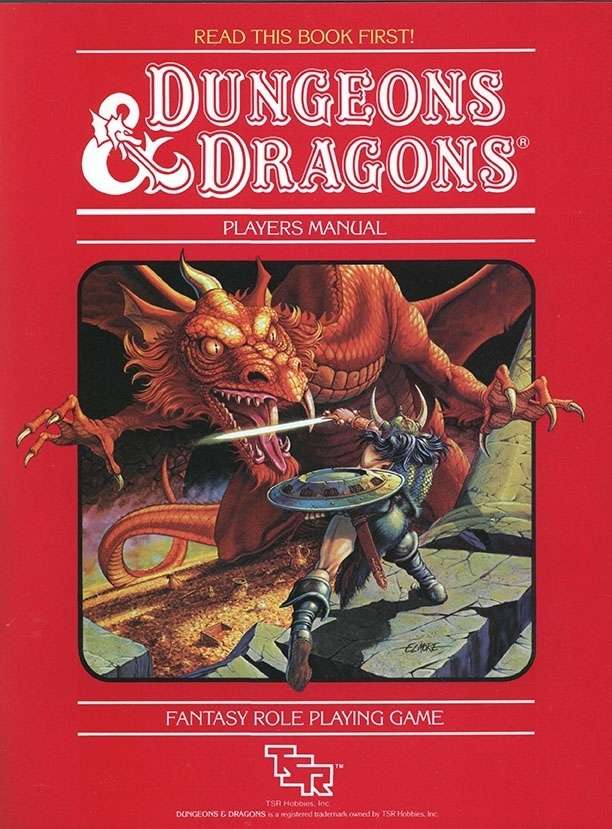 Recently, I had an interview with St. Andrews Wargaming for their series Better Know a Blogger. In that interview, I discussed a bit about my gaming past. In this article, we delve deeper into my past with RPGs (Role Playing Games) and how that past influences me as a Miniatures Gamer.

My Path to RPGs

When I was young, I did not know about Miniatures Games. There was Nintendo. We had a Texas Instruments Computer with a game called Tunnels of Doom (an old computer game with some similarity to the Gold Series Dungeons and Dragons PC Games, which are basically Tactical RPGs). And… There was a library. At the Library, there was a series of books called Fighting Fantasy.

Those books combine the elements of a Choose-Your-Own Adventure Book with the rolling of dice and RPG Style Combat. After borrowing these books from the library, I bought few Fighting Fantasy Novels of my own. I then bought the RPG based off of the Fighting Fantasy Series called Dungeoneer.

Eventually, I came across the Red Box Basic Dungeons and Dragons Starter Set at a local store. I bought it and tried to create a basic skirmish game out of the rules. This converted game was in essence a small scale miniatures game. None of my friends or family owned miniatures, so instead of using miniatures I used a pencil and graph paper to represent movement and combat. It is so odd that while I did not yet know about miniatures games, I was doing my best to use an RPG to develop what was essentially my own miniatures game.

I really enjoyed Dungeons & Dragons when I was young. I would draw up plenty of dungeons and used graph paper to keep track of the movements of players and monsters alike. In my heart, I did my best to transform the basic game of Dungeons and Dragons into a small skirmish game. After a few years of making up my own content, I bought some Dungeons and Dragons expansions. One of those expansions was the Sword and Shield Adventure Module. For me, this module was awesome. It offered an interesting adventure and featured Cardboard “Standies” and a paper gaming mat to allowed me to live out Dungeons and Dragons as a skirmish game. This was such a nice change for someone that was always trying to create the same thing on their own.

At this point, I still was unfamiliar with miniatures games, but this module had me very close to the the true type of game that my heart desired. Essentially, this was Dungeons & Dragons with miniatures and I loved the experience. I remember wishing that that all RPG modules were like this one. How the module stood up to time, I am not too sure. I was much younger when I played this game.

Unfortunately, we moved to other game systems and we concentrated more on role-playing aspects of the game. Advanced Dungeons and Dragons (2nd Edition) was the next system we moved to after Basic Dungeons and Dragons. What I enjoyed about AD&D (2nd Edition) was how customization it was and how many supplements were available to the game. Sadly, combat became abstract again and gone were the “cardboard miniatures.”

Other games we played included the Star Wars RPG (by West End Games), Palladium Fantasy and RIFTS. By the time we got to RIFTS, I was missing tactical combat and started trying to make my own miniatures game using the rules of RIFTS as the core of the system. The home-brew tactical RIFTS game didn’t work out too well, but the first miniatures I ever owned were metal RIFTS figures.

Eventually, I came across GURPS. GURPS was awesome in that it included rules for miniatures and game mat based gaming. I bought a lot of GURPS books and enjoyed reading all of them. Unfortunately, I never found someone to share the game with. Oh well – that happens.

Although I played some Necromunda between GURPS and D&D3.5, the first RPG with miniatures that I actually played was Dungeons and Dragons (3.5 Edition). I really liked that system and got a lot of play out of the game.

D&D 3.5 was absolutely awesome in that the system was open. There were many different settings you could play. My favourite settings included Iron Heroes, Dragon Mech, and Darwin’s World.  We did not have miniatures yet, but we had cardboard counters (to represent our figures) and grid-based maps to move around. In my mind, this is very much like playing a miniatures game.

As I continued to play the RPGs, I began to realize that I was more of a Roll-Player than a Role-Player.

My first introduction to Miniatures Games came in the late 90’s when I played Necromunda for my first time. That game was absolutely perfect for me at the time. It mixed RPG elements (like character progression and base development) and elements of a new type of game that I never experienced before (miniatures games). That said, I finally found what I was always trying to create on my own – a tactical skirmish game. I absolutely loved Necromunda.

After my Necromunda group disbanded, I got into Dungeons and Dragons 3.5. It was not quite the miniatures game I was after, but it was much closer than it once was. We even used gaming mats and counters for our “figures.” Later, I got into buying Reaper Miniatures just because I liked the figures and owned board games with miniatures in them (like Decent). I had not used these miniatures with Dungeons and Dragons 3.5, but when 4th Edition came out, I was ready!!!

I realize that many people will disagree with me, but I really enjoyed Fourth Edition Dungeons & Dragons. In 4th Edition, Wizards of the Coast transformed the game from a Role-Playing game to a Roll-Playing game. Not only was 4th Edition well suited for a “Miniatures Skirmish” styled game, I also owned miniatures!!! At this time, I collected (but had not played Warhammer) and also owned a plethora of Reaper Miniatures and Board Game Miniatures that I could use in my RPG games.

I loved it, and Dungeon Mastered my best campaign ever under that system by combining the 4th Edition rules with the setting of DragonMech. I plan to write more about that amalgamation in a future post.

One of the reasons that I do not rate games on Must Contain Minis is because I understand that people’s tastes differ. What is a selling point to me will turn others off of a game and vice-versa.  What I strive to do in my reviews is to explain the basics of what is in a game (or book), offer my opinions, and allow my readers to make up their own minds about a product. I do my best to keep my reviews honest and unbiased. That said, I believe that my preference in game type shows through in the content of this site and may very well be influenced by my past in RPG gaming.

My past in RPGs (and desire to find affordable games) likely helps to dictate what elements I find appealing in a game. This likely leads me to giving preference to casual games with campaign elements and high degrees of customization. Games that fit this criteria tend to be a better fit for me than other games. While I like casual games, I also desire a points based system for my force and/or character creation that allows me to create a customized WYSIWYG (What You See is What You Get) army or gang.

Ruleswise, I tend to prefer simple over complex simply because of how many different systems I play. A younger me would have gone for “the more complex, the better.”

My journey into the world of miniatures was a long one. I had not known what a miniatures game was, but a younger me would spend plenty of time turning early Dungeons and Dragons into a tactical skirmish game. The first true miniatures game that I played was Necromunda. I also collected a number of Warhammer Armies that I no longer own. Oddly enough, I only tried Warhammer a couple of times and instead used those miniatures in my RPG games.

As time went on, I realized that I was more of a roll-player than a role-player and that it is in the world of Miniatures gaming where I truly belonged. While others may not have liked Dungeons & Dragons (4th Edition), I did because it turned the D&D experience from an abstract role-playing game to a tactical miniatures roll-playing game. I am sure that some people will disagree with my assessment of D&D 4th Edition and that is okay. Everyone has different tastes. After leaving Dungeons and Dragons, I played a whole host of different miniatures games.

The first that I dived deeply into was Flames of War followed by Bolt Action and Frostgrave. I also get a lot of enjoyment out of reading and experimenting with many miniatures rule-sets.

Hopefully you enjoyed reading this quick article about my past in RPGs and transition into miniatures games. Please feel free to leave comments about your own gaming journey.

This article contains several affiliate links to DriveThruRPG. By using those links and buying something from those sites, a small portion of the sales goes back to this website. Also, please be sure to follow us on our various social media platforms so that you don’t miss any of our content.