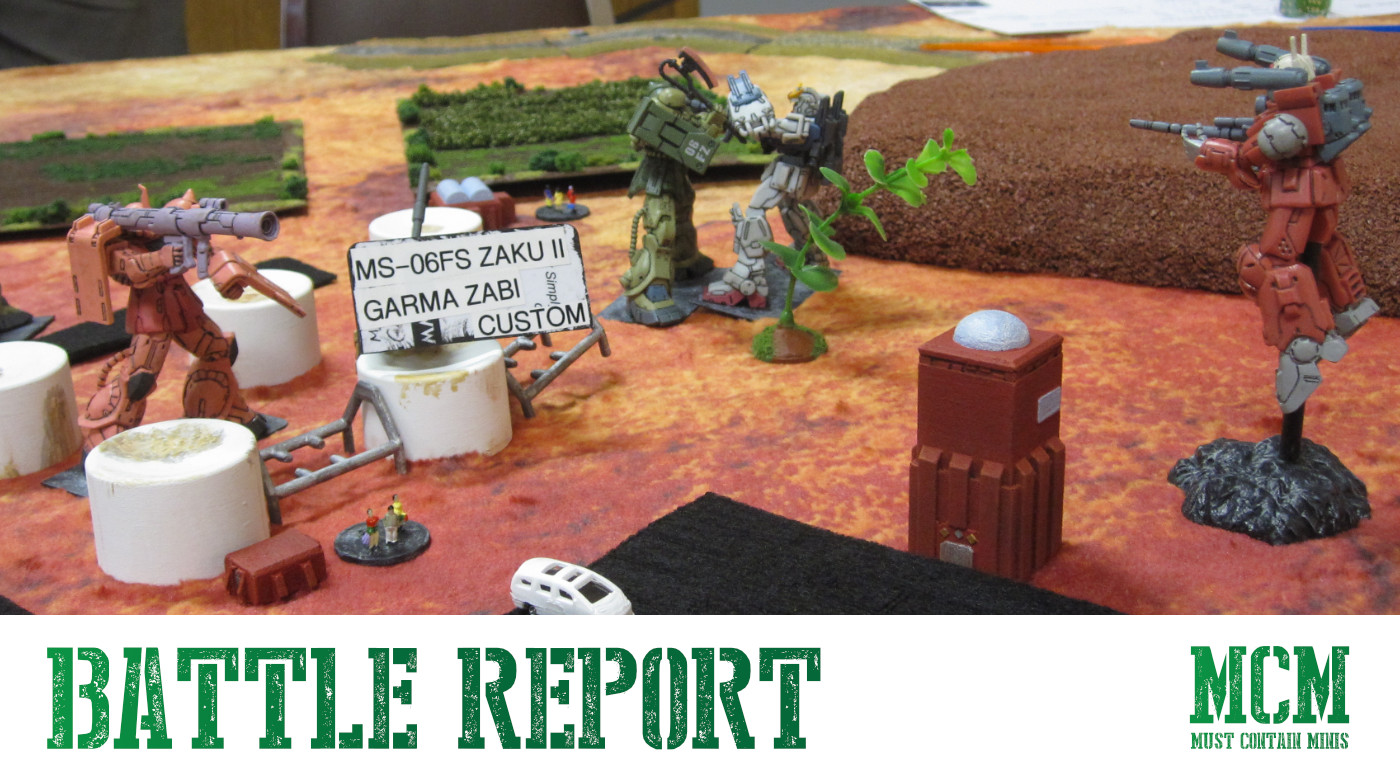 The purpose of this post is not to go over the rules. Instead, it is to tell a quick narrative story, and to show off a cool gaming table.

A long time ago, gamers were allowed to go to these events called conventions. There Game Masters hosted players to all sorts of participation games. The story in this post stems from one of those events. Specifically Broadsword 8 in Hamilton, Ontario, Canada.

I certainly hope to see the return of the convention scene after this whole COVID thing gets wrapped up. For now, I am happy safe in my home and catching up on my backlog.

At this table, each player controlled two to three mechs. Our objective, to find a famous mech pilot and keep him safe. We played two players a side. Our side had just four mechs because ours were better than our opponents. The opponent brought one or two giant robots to this battle.

Where is my help?

Circling in on the Action

With the pilot found, all of the Samurai Robots started to close in to the center of the table.

And the Game Closes

Unfortunately we ran out of time at this point in the battle. It happens. We thanked our opponents for the fun game and helped the organizer put away his belongings. Who would have won? Good question. These robots are all very tough but my opponent was down one hard hitting mech.

Thank you for joining me in this Samurai Robots Battle Royale Battle Report. Overall, it was a lot of fun.

Other articles from the Broadsword 8 convention include…

Make sure you check some of those out.