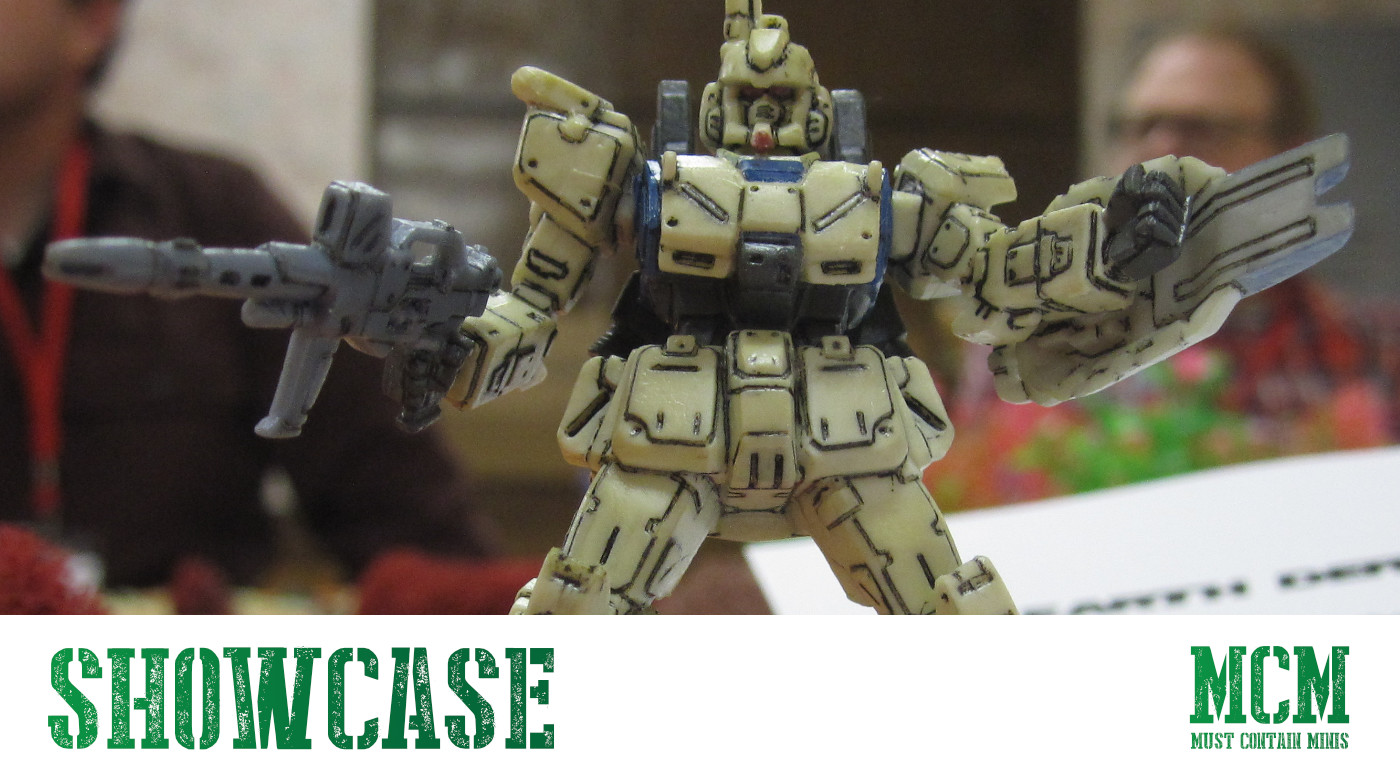 In my Samurai Robots Battle Royale Battle Report, giant Gundam style toy mechs battled it out on the tabletop. In this post, I showcase some of those stompy robots.

Now, I don’t 100% know where you can get these miniatures from. The Game Master at the event told me that they are actually toys. He got them from vending machines in Japan and based them himself. Despite them being toys, they look great. They were also pretty fun on the tabletop.

Now, let’s get to those pictures.

Check these guys out!

Very cool. What do you think of these Gundam style toy mechs? They are really nice and contain a lot of detail. When I saw the figures, I was sure to sign up for this demo game at Broadsword 8.

Thank you for joining me in this showcase articles of the Gundams that we used in a demo game of Samurai Robots Battle Royale. I wanted to include the pictures in the Battle Report, but decided to break it up into two posts instead. This way you can look up either the narrative of the game, or at the eye-candy of the toys.

For toys, these Gundams are mighty fine. I don’t even know if the owner had to paint them or not. He said all he did was base them. The mechs look even better on that very appealing Cigar Box Battle Mat.

The Game Master found out about the miniatures at Gundam Figures – SOG and bought them from a seller on EBay.