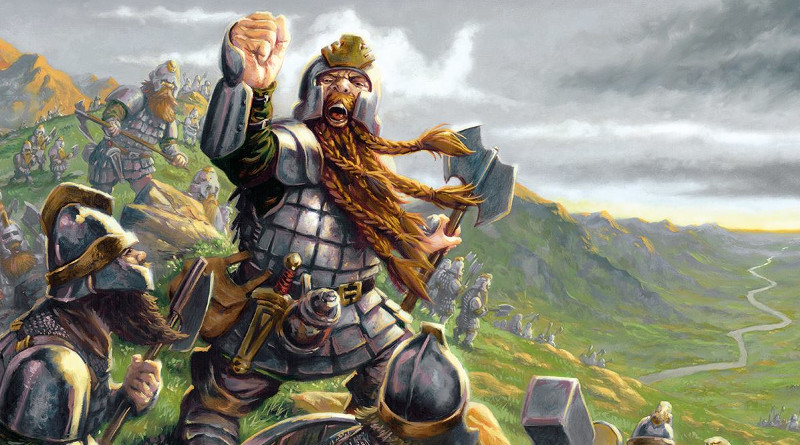 North Star Military Figures and Osprey Games teamed up on an upcoming game called Oathmark. Written by the author of Frostgrave, this game promises to be a mass combat system with hopefully some really cool campaign rules. Osprey covers the rules and books while North Star provides the official miniatures. The rules are yet to come, but the miniatures are looking pretty cool. This post, is a quick preview of the miniatures in the Heavy Dwarf plastic miniatures box set for Oathmark.

Now, the rules are yet to come, but my summary post of the models so far for Oathmark remains to be one of my most popular posts on Must Contain Minis. Four boxes are currently released with this fifth one on the way.

The artwork is equally cool! I can’t wait to see more.

Hopefully you enjoyed this quick preview article of the Heavy Dwarves coming out soon for Oathmark. They look very cool to me and I eagerly await this game with high anticipation.

For more on Oathmark, be sure to check out my post about North Star releasing the rules to the game early. On top of that, the article links together my other Oathmark articles to one place.