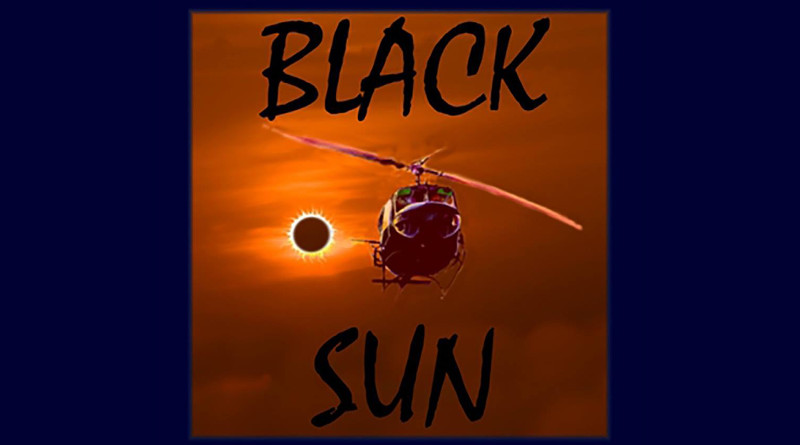 Recently I came into some interesting news from my friends at Crucible Crush. They are releasing the game Black Sun to Kickstarter on March 9 (2019). If you follow my Facebook feed, you will have seen some preview images for this new game already. If those images (or the title image above) catches your eye, then this preview post is for you.

As a note, Crucible Crush provided us with all of the images in this post.

So, What is Black Sun?

Black Sun is a Skirmish Level Wargame set in the alternative universe of Weird Vietnam. If Weird Vietnam does not turn your crank, you may still be interested in the Kickstarter Campaign as their will be an option for just Historical Figures of the Vietnam War.

For the rest of us, there are some cool things coming.

Before getting in on the factions, I want to talk a little bit about the rule set. The rules are an adaptation of the same rules used for Flint and Feather, but with some changes.  Shooting is now more deadly (as assault rifles are more powerful than bows and arrows), and the Combat Cards also disappear from this version of the game engine.

Warbands and their development are still an important element of the game. Again, your Warband will consist of ten to fifteen figures, making this a low model count game. You will be represented on the table by an elite warrior, but each faction will have its own army list. This is a departure from Flint and Feather as in that game, they kept the options available for each faction very similar (all players could use the same warrior types from even the same tribes in Flint and Feather).

In Black Sun, each faction will have its own special advantages, which allows players to choose what strategy best suits their tabletop gaming style.

The Black Sun Universe starts with four different factions, but a total of seven are planned. Now, let’s take a look at those factions.

Soldiers of the US Army, Marines or other support troops that have crossed over into Black Sun.

Soldiers of the North Vietnamese Army that have mistakenly crossed over into Black Sun.

Fish Men with AK-47 rifles, they dominate the waterways of the Black Sun and are an incumbent race within Black Sun.

These Bugs are so named because they turn red when angered or enraged, which is their usual state when on the battlefield.

As stated above, Crucible Crush hopes to add three new factions to the game. These factions come to the game as Stretch Goals.

The first faction is called ““Deutsche LIG.” This is a group based on a German Occult Scientific expedition that went astray and ended up in Black Sun sometimes in the mid 30’s and now is attempting to break back into the real world to complete what Hitler failed to do.

The other human faction is the ANZAC forces, which where Australian and New Zealand troops stationed in Vietnam.

The final faction is the Golem, which is is an ancient metaphysical energy being that is created entirely from inanimate matter. It also has the power to animate corpses into hordes of living flesh eating creatures with the ability to reanimate.

Two (or perhaps all three) factions will be brand new sculptures and thus will require more lead time than the already existing factions.

Which Faction Would You Take?

I am looking forward to seeing Crucible Crush’s sculpts for this Kickstarter. I am looking now at the preview content in this article and trying to determine which factions might most interest me. Personally, I think a good starter would be the US Army vs the Adaro. These two factions with likely give different styles of play, and draws me closer to re-creating the experience of X-Com: Terror from the Deep to the tabletop. I loved that game growing up!!!

I must say that I also really like the ideas behind the Fury Bugs and the Society. Which factions would you take?

The main goal of the Black Sun Kickstarter Campaign is to publish the new rulebook and to expand the Black Sun line. The pledges will be delivered in two parts. The first as figures followed later by the rule book.

The pledge levels will be similar in style to Flint and Feather in that you will be able to pledge for one faction plus a rulebook and event cards. A different pledge level includes the Starter Set (which will contain two factions, 20 miniatures total, a rulebook and event cards – I wonder what factions they will choose for this). There will also be a historical pledge which contains 30 US Army soldiers, plus command plus MG team. For the North Vietnamese this set will consist of 40 soldiers.

The project looks very exciting to me and I look forward to watching this campaign. How about you? Does Weird Vietnam get you excited? It is a genre I have not heard of before, but different creatures in the jungle makes sense to me.

I gave you a guess in the article of what two factions might be in the starter set. Do you have a guess as to what it might be?

Finally, what faction do you look forward to learning more about the most? For me, I want to learn about the Adaro and Fury Bugs.