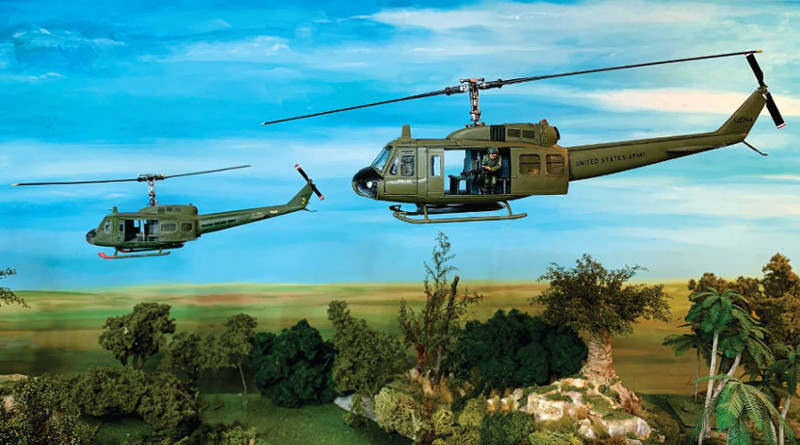 Update: March 20, 2019… this Kickstarter has temporarily been taken down for a retooling before launching again later.

As you may know from my previous article, Black Sun is a Weird Vietnam War Game. That said, they have pledge levels that would appeal to historical gamers looking for Vietnam in 28mm.

Crucible Crush has been taking good care to create 28mm miniatures that can be used for Historical and Weird War Vietnam Games alike. One of the Kickstarter updates shows 28mm helicopter crew that you can use for your model helicopter. At this time, I don’t think Crucible Crush makes helicopters, but there are plenty of Huey Kits out there.

As you can see, these miniatures look absolutely fantastic and would be great for Historical Wargamers. They also make for some cool models in Black Sun.

The Kickstarter’s goal is to fund the game’s rule set Black Sun. While pledge levels are available for Historical Wargamers, the hope is to make this new rule-set a reality. Black Sun is about soldiers passing into an alternative dimension and encountering strange new enemies. Below are some pictures a little more on the Weird, Cthulhu and Sci-Fi side of things.

I am having a lot of fun watching Crucible Crush’s Black Sun Kickstater Campaign. This is a project that I hope to see come to fruition and I like what I see so far. I think the game has a very interesting mix of a histroical wargame mixed with an interesting Sci-Fi flavour.

Again, there are pledge levels available for the Historical Wargamer as well as for those more willing to invest in a Weird Vietnam War Game. The miniatures themselves look great in the pictures so far, and I own several other miniatures by the same sculptor. I think those miniatures are great.

If you also like what you see, be sure to check out the Kickstarter Page.

Disclaimer: If you invest in a Kickstater, make sure that you are aware of the risks and rewards of the campaign.

Update on the Frostgrave Folio Nickstarter