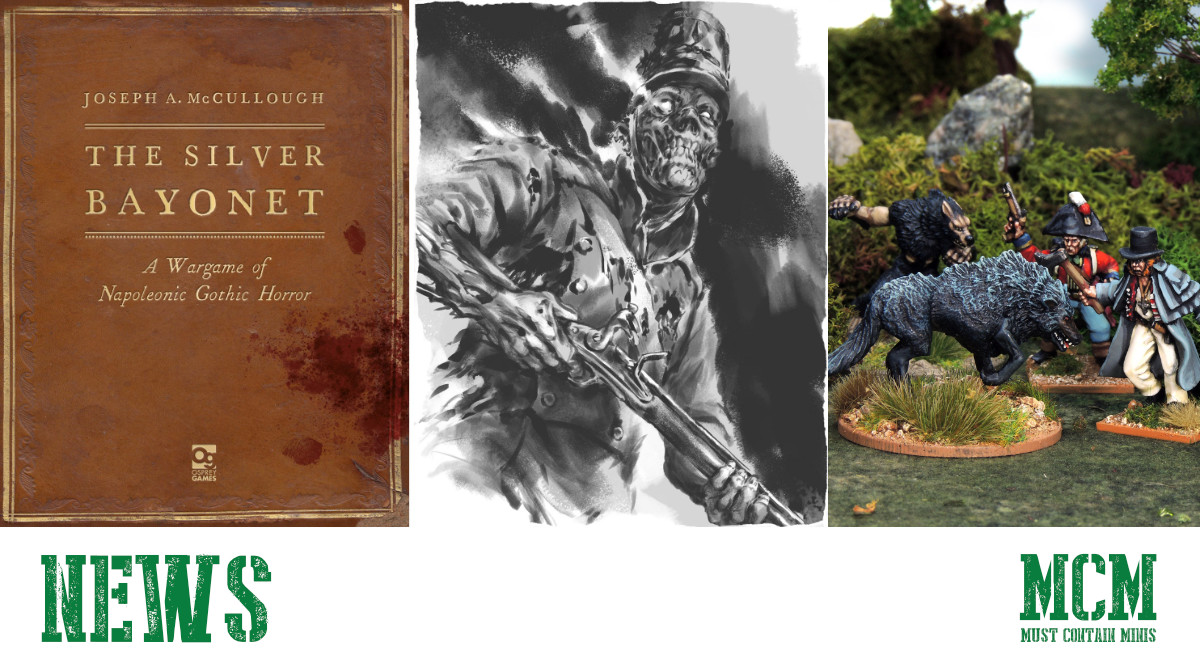 Recently Osprey Games came out with a surprise announcement – The Silver Bayonet. This is a new game coming out (likely in October 2021) by Joseph A. McCullough. You know Joseph from Frostgrave and Stargave fame.

Frostgrave is an absolutely amazing game and I have plenty of posts about it on Must Contain Minis. Stargrave also looks extremely promising and I am a big fan!

Although The Silver Bayonet does not come out until much later this year, it is already up for Pre-Order on Amazon. I am sure we will likely see something run by our friends at North Star Military Figures and Osprey Games too.

The way Osprey first alluded to this upcoming game was through this teaser image on their Facebook Page.

The next day, they followed this up with the official announcement for The Silver Bayonet.

We are proud to announce our upcoming title, The Silver Bayonet: A Wargame of Napoleonic Gothic Horror from the…

I have to say that this new Marketing Executive that Osprey Games has brought on board is already doing an amazing job. The hype behind Stargrave is real and I got my hands on that book. More on that later. He is also continuing to get tons of content out about their upcoming products.

This tease about The Silver Bayonet, although still far off, is very cool. If you like Napoleonics and either Joseph A. McCullough rulesets (or alternative rules to keep your Napoleonic collection fresh), make sure you keep your out for this product.

The Silver Bayonet is one of a slew of announcements and content coming from Osprey Games. All of this is very exciting and exhilarating.