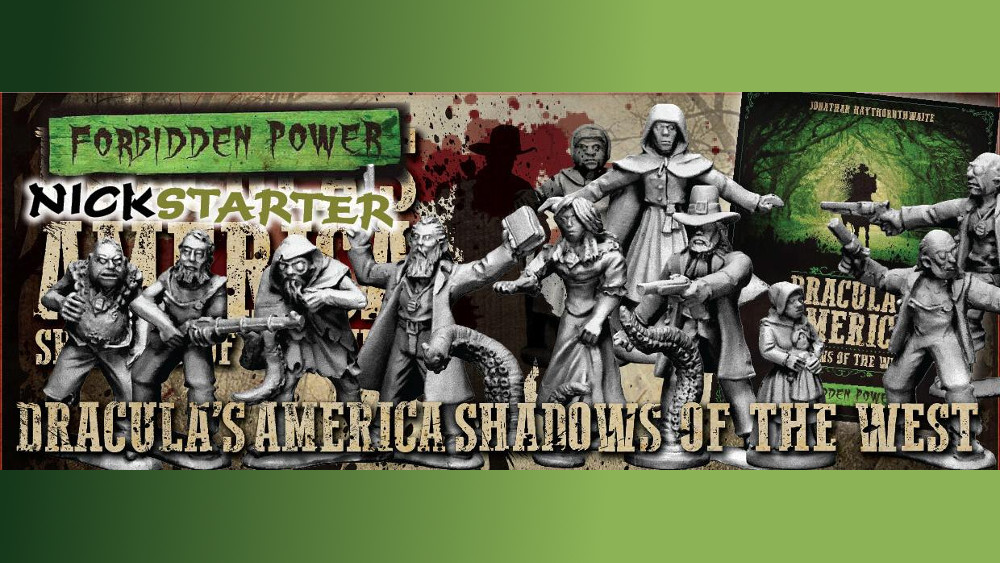 Have you seen this? North Star Military Figures is at it again with yet another Nickstarter, this time for the new Dracula’s America – Forbidden Power Expansion. I always like these “Nickstarters,” which are basically a pre-sales program for North Star. This one is no exception.

This pre-sales opportunity gives buyers a chance to buy some cool products at a good price with some “free” stuff thrown in the deal as well. For my American readers, North Star Military Figures has an American Sales Partner. Check out Brigade Games to get the same deal, but from an American company. This campaign runs until July 8, 2018.

There are various levels at which you can pledge to get in on this deal.

On top of the items above in the Nickstarter orders, purchasers also get extra rewards. The first reward is a cool set of tokens and this item has already been unlocked.

There are also extra miniatures getting close to being unlocked.

If you like what you see here, be sure to visit either the Nickstarter Page to take a closer look at the deals or head on over to North Star Military Figures’ Website to order yourself one of the pledge levels.

Today’s post is just meant to raise awareness about North Star Military Figures’ current Nickstarter Campaign. If this looks like something that interests you, be sure to check it out.

There are some cool miniatures related to this project and the artwork with each book in the series just keeps getting better and better. Below are some of the minis that capture my interest.