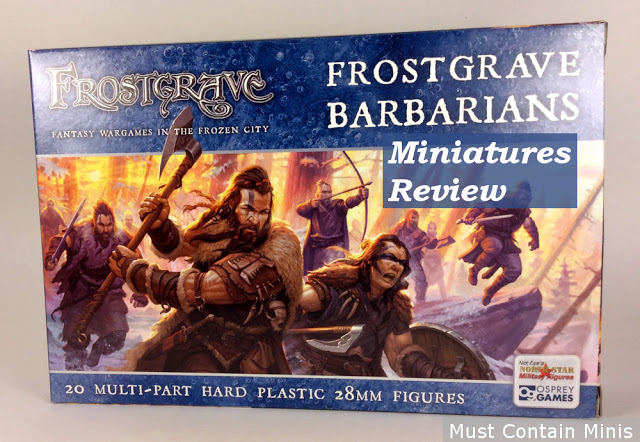 Some time ago, I bought a box of Frostgrave Barbarians from North Star Military Figures. These figures were released in conjunction with Forgotten Pacts. In this post, Must Contain Minis quickly reviews these miniatures. Now, let’s check out the box.

As always (with work of Osprey Games and North Star Military Figures), the artwork is awesome. Upon opening the box, one finds twenty bases and four sprues of five miniatures. This gives enough parts to build twenty Barbarians and a number of items for one’s bits box.

The sprues come with plenty of extra parts that can be used with other plastic miniatures from North Star Military Figures. In fact, the parts of this sprue are completely interchangeable with the figures in the Frostgrave Soldiers and Cultists boxed sets.

Below is an image of a Barbarian that I assembled with a pair of arms and a weapon out of the Frostgrave Cultists Miniatures boxed set.

I am quite happy with how these figures turned out – they are certainly good enough to use on the gaming table. Now, let’s take a look at some of the other Barbarians that I built with this kit. 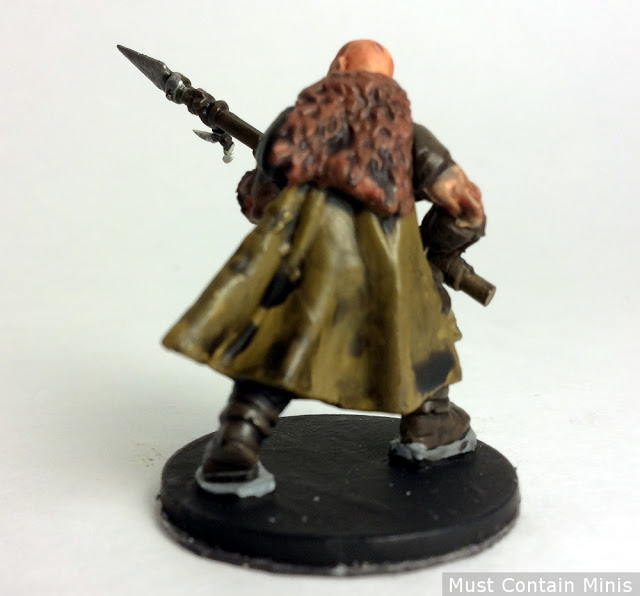 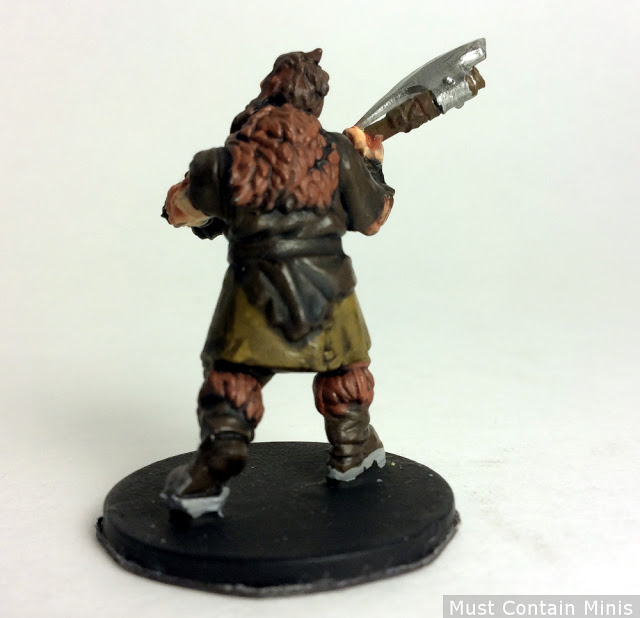 A keen eye may notice that the feet are a little raised off the base. When I can, I cut off the integrated bases on my miniatures and leave behind just a little bit just where the feet are to give the miniature extra height over the terrain that I put on the bases. In my opinion, this practice gives the miniature a “larger than life” feel once the model is complete.

So far, I have built five of the miniatures from my box. I have yet to complete them with basing materials and have several more to build.

My intention is to hold back in building and basing these miniatures until SAGA 2.0 and Oathmark come out. The reason for this is I want to be able to use the figures across multiple games and still have to see what is in those books. This means I will be waiting for a while before I finish these miniatures.

That said, my buddy Dave Lamers also bought a box of Barbarians and built a number of them. You can see them in use in our Into the Breeding Pits Battle Reports. Below are a few close ups of those minis.

Personally, I am a big fan of these minis in this package and really like that their parts are interchangeable with other Frostgrave kits (made by North Star Military Figures).

As far as scale goes, they are 28mm like all of the other Frostgrave miniatures. Below are a couple of comparison pictures.

Personally I think these minis are great and really like that they have a bit of a Viking feel to them.

Before they were released, I was hoping for more archaic, bone type, weaponry (similar to the weapons on the female Reaper Mini above), but I like how they look. The fact that they went with weapons of steel and wood means that the figures are more generic and usable across more games. And to be honest, if you really want weapons of stone, wood and bone, you can carve them out of the steel weapons in the box. That would be easier than turning chipped bone weapons into metal weapons. Win-win. 🙂