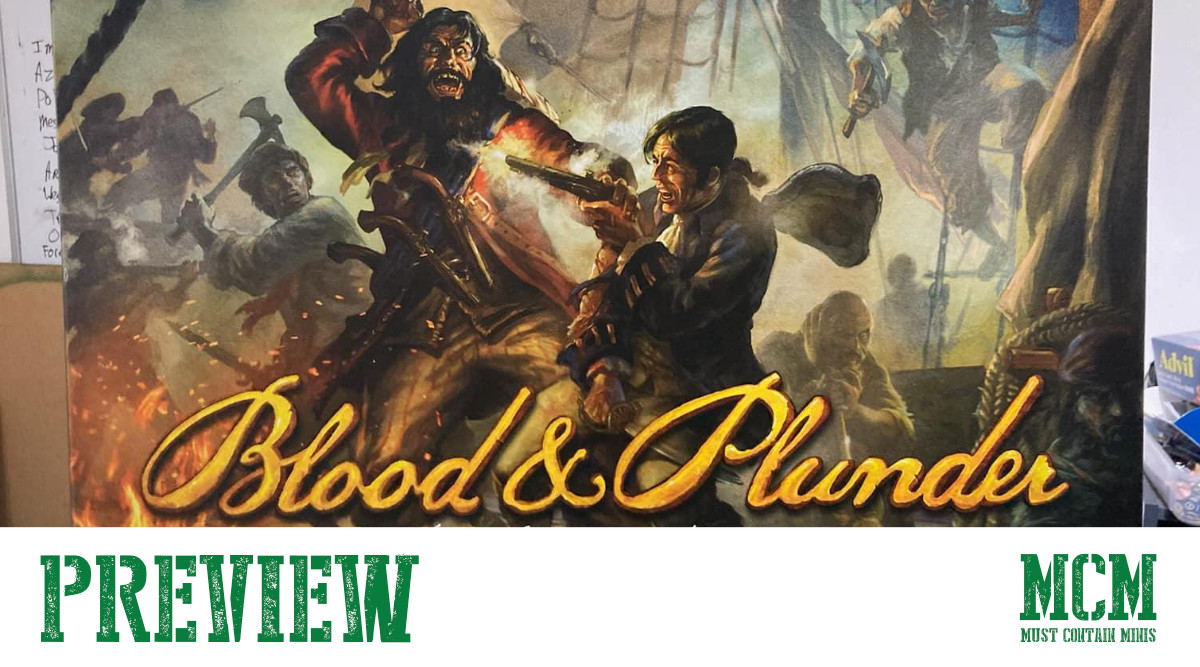 Firelock Games was very pleased to announce last week that the first box of Raise the Black finally reached their shores. In the video below, they unbox the first copy of the game to reach America.

The other copies are still over sees, but will be coming soon. They are in the process of being packed and shipped. Watch the video below to get a first look of what is in the new Blood & Plunder two player starter set. You can also find the video with this link here in the event the embedded file does not work.

If you were lucky enough to get in on the Kickstarter, than you should be able to look forward to receiving your Raise the Black Kickstarter pledge soon.

If you missed it, like I did, then hopefully we can pick it up in retail after the Kickstarter pledges go out. Personally, I am hoping to pick this up from Firelock Games directly, but Wayland Games has this product up for pre-order too [affiliate link]. That might be a good option too, especially for those of you overseas.

Today’s post is just to bring an update to you for something for which I have been waiting a long time. I’ve been extremely excited ab out the upcoming Blood & Plunder: Blackbeard vs Maynard 2 Player Starter Set since I first received news about the Kickstarter Campaign.

For more information about the direction that Firelock Games will be taking for the remainder of the year and into next year, check out my News About Firelock Games for 2022, 2023 and Beyond article.