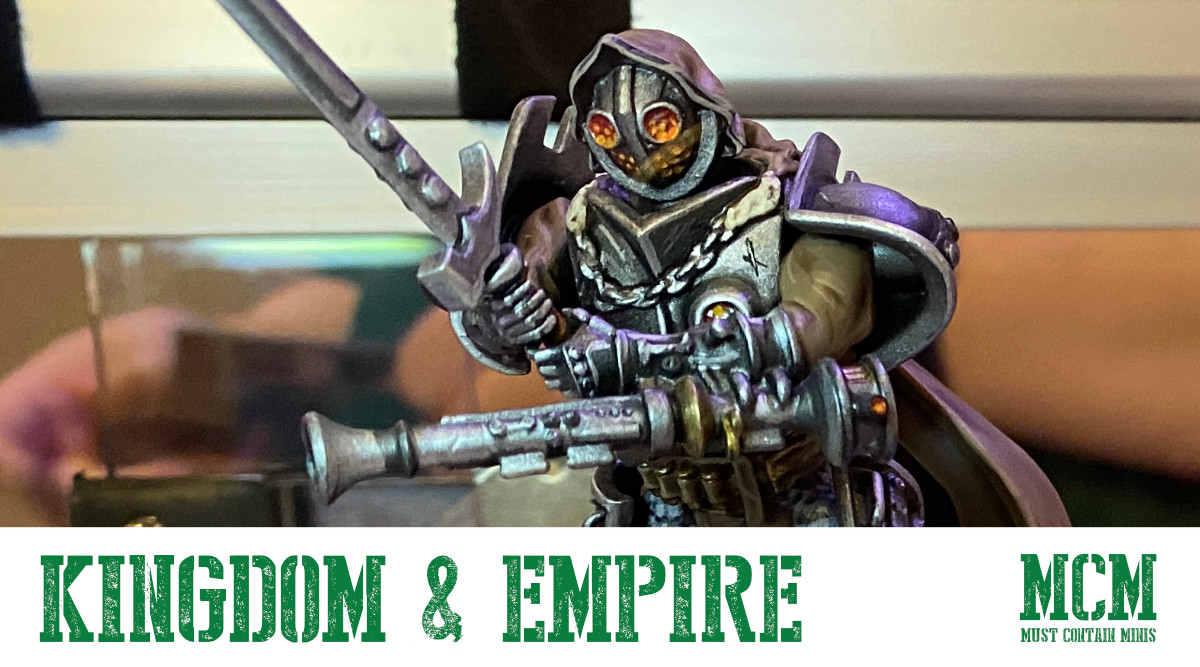 I just came across a new game (Kingdom & Empire) by a Canadian company I never heard of (Hardsix Gaming). When I went to the Ragnarok 2022 gaming convention, I came across a booth of theirs at the event.

At the booth, I chatted to Lor, the Business Director and Game Designer at Hardsix Gaming. It was really interesting to talk to one of the people behind the game to learn all about it. I learned about how the game will bring in four factions to start, and listened to details about the world and the games concepts. The number of factions will grow as the game grows.

A Little Bit About Kingdom & Empire

Kingdom & Empire is a 36mm skirmish game where the highlight to me are these pilotable medieval mechs. During the game, your pilot can even get out of the mech and hope back in. That sounds cool! The game itself is played on a 4′ by 4′ table.

At the booth, Hardsix Gaming was showing off the minis from two factions. These minis are available for online purchase and were also available at the event.

More Pictures of the Minis

While you look at these pictures, please keep in mind that I was taking them through a display case, so they are not my best photographs. That said, the minis looked pretty cool. I really hope that some of their quality shows through in these pictures.

At this point, the rules are not ready, but the Hardsix Gaming already has the miniatures available for sale. If you are interested in the minis, perhaps you could buy them and wait for the rules, or you could also potentially use them as either proxy miniatures or miniatures for miniatures agnostic games (such as those by Osprey Games).

Now, let’s wrap up this article.

Hardsix Gaming is a North American company out of Canada. They are now listed on the Canadian Miniatures Gaming Conventions Page.

A Taste of What is to Come. Happy New Years!!!