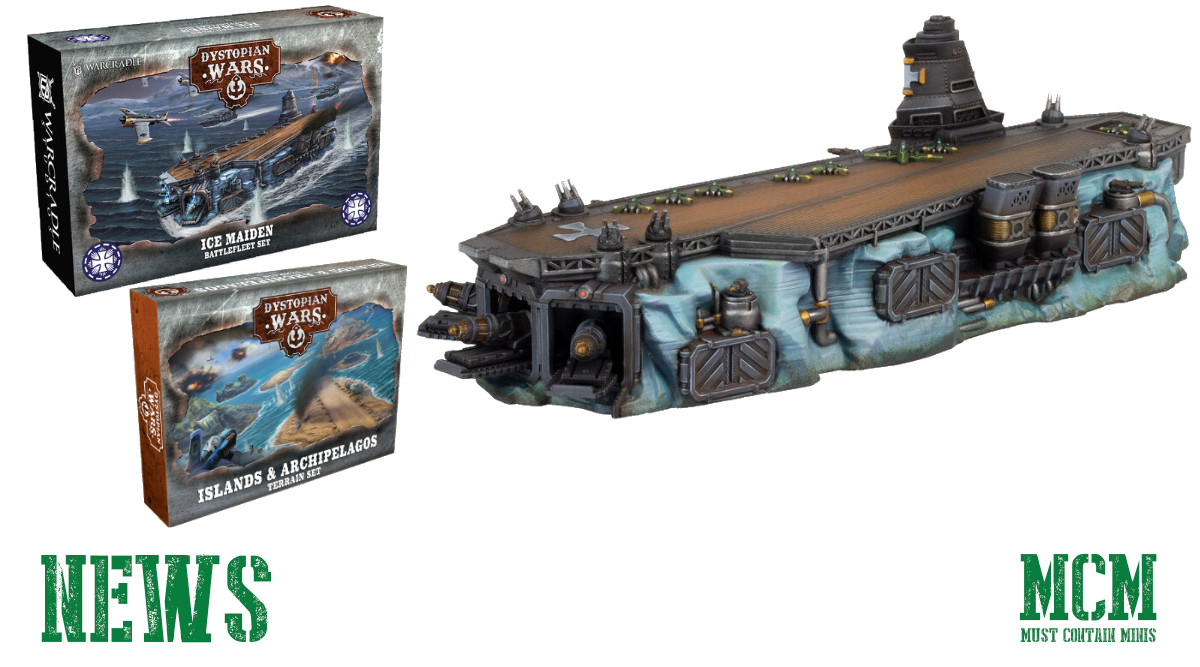 Warcradle Studios is releasing an all new version of the Ice Maiden. This was part of a huge news announcement that Warcradle Studios made yesterday. That’s right, just a part of the announcement. They also announced that they will release an island and archipelago set along side the Ice Maiden. These two items alone are big news, but they went even further. They will also be releasing a Battlefleet for the British as well in August!

Wow, Warcradle Studios has been busy!

For those who don’t know, This is a ginormous ship for Dystopian Wars. It makes everything else so far look tiny. The last Dystopian Wars ship I actually reviewed is quite sizable. You can check out that review here. This ship is going to make that one I reviewed look like a baby!

Check this monster out!

This ship will be releasing in late August and going up for pre-sale in late July.

This ship looks absolutely awesome. It is a massive floating carrier built into an iceberg. For a further preview, Warcradle put out a very quick sneak peak preview video. Check this out!

So Warcradle bundled this ship up with an absolute ton of other ships into a new Battlefleet box. In the box, you get the giant Ice Maiden, 6 Cruisers, 12 Frigate (and Destroyer) sized ships and 6 SRS Tokens (3 regular and 3 bomber). Wow! This is a huge release!

On top of this amazingly large ship, Warcradle will also be releasing two other products in August. They will release the British ships that I talked about in a past article and a new islands and archipelagos set too.

Inside, you get the following pieces. They look pretty handy.

I, for one, am very interested in seeing how these items change up the game and people’s fleet compositions.

The Crown faction will also enter into the game this August with the Britannia Battlefleet Set.

Now we get a peak at what is in there too.

These ships above certainly look nice. I like their style. From what I have heard and read in the previews, it sounds like the Crown faction will find its strength in how it uses torpedoes. Neat.

As these items come up for pre-order, I will link to them from this article. Overall, Warcradle is really stepping up their game with the releases and I am really looking forward to seeing what these new products look like.

The Ice Maiden miniature and the fleet that comes with it… Wow!!! It looks amazing! The archipelagos and Islands look really neat too. I want to see how these two items add to the game. They both look very impressive.

Finally, we now have the British entering into the game too with their first of their Crown Battlefleets. Very cool!

All of this news is so exciting, I just had to share. If you are interested in seeing all the products currently available for Dystopian Wars, check out Wayland Games [Affiliate Link].

All of the images and initial information in this post are from the Warcradle Blog.