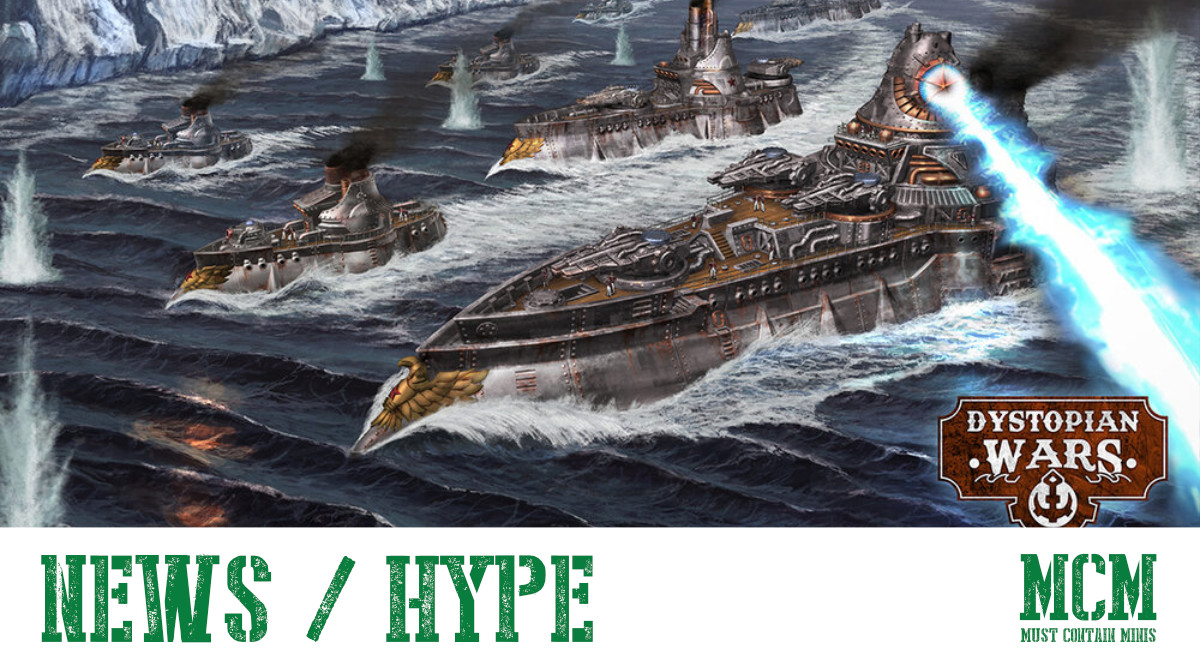 In this post, I take a closer look at Dystopian Wars and what is coming in the future from Warcradle Studios.

I don’t know about you, but Dystopian Wars has been popping up all over the internet for me lately. It’s on YouTube, Facebook and even Instagram too. With all of this hype, I wanted to look at it closer and take you on the journey with me.

As a note, all of the pictures in today’s post come from the Warcradle Studios Blog Site.

What is Dystopian Wars?

Dystopian Wars is an alternative reality Victorian Sci-Fi fleet battles game with lots of steampunk elements mixed into the system.

The game is built to 1:1200 scale with miniatures by Warcradle Studios. Once owned by the now out of business Spartan Games, Warcradle Studios bought this IP and simplified the game for a third edition.

Being that I am not familiar with the original game, I am not 100% sure what changed. That said, you can download both the Spartan Games 2.5 edition rules to Dystopian Wars and the Warcradle Studios version 3 rules free from the internet if you look around.

You can get the Dystopian Wars 3rd edition rules from the rules page of the official website. If you want to check out the Spartan Games’ old rules, here is where you find them.

Giving the rules out for free, that’s really cool and a nice move by Warcradle Studios. This means that you can go to those sites right now and form your own opinion about the game.

What really captured my imagination lately though is the artwork and miniatures previews that the company has been putting out. Check this stuff out.

The new artwork for Dystopian wars really gets me excited. For this post, I am going to look at some of the newer stuff that you may or may not have seen.

It also sets in the desire to obtain more boxes so you get the opportunity to build multiples of each configuration. I think I am going to look into magnetizing these kits to allow a couple of different builds for each ship.

On top of having different ways you can build the hull, you can also load out each ship type with different weapons. Want to sub in missile launchers or rail guns for heavy guns, you can do that.

The 3rd edition of Dystopian Wars is still very new. That said, Warcradle has given us a few spoilers of what to expect in the future.

Below is some artwork of some yet to be released factions.

Thank you for joining me in this look at Dystopian Wars by Warcradle Studios. This third edition is getting a lot of attention, and the ships and artwork are looking really good to me so far.

If you are interested in Dystopian Wars, check out what is available on Wayland Games. Wayland Games happens to own Warcradle Studios, so you are pretty much buying from the manufacturer if you buy from them.

Have you tried or looked at the new Dystopian Wars?

If so, please leave a comment below about your thoughts.

The BlunderMonkey for Blood & Plunder