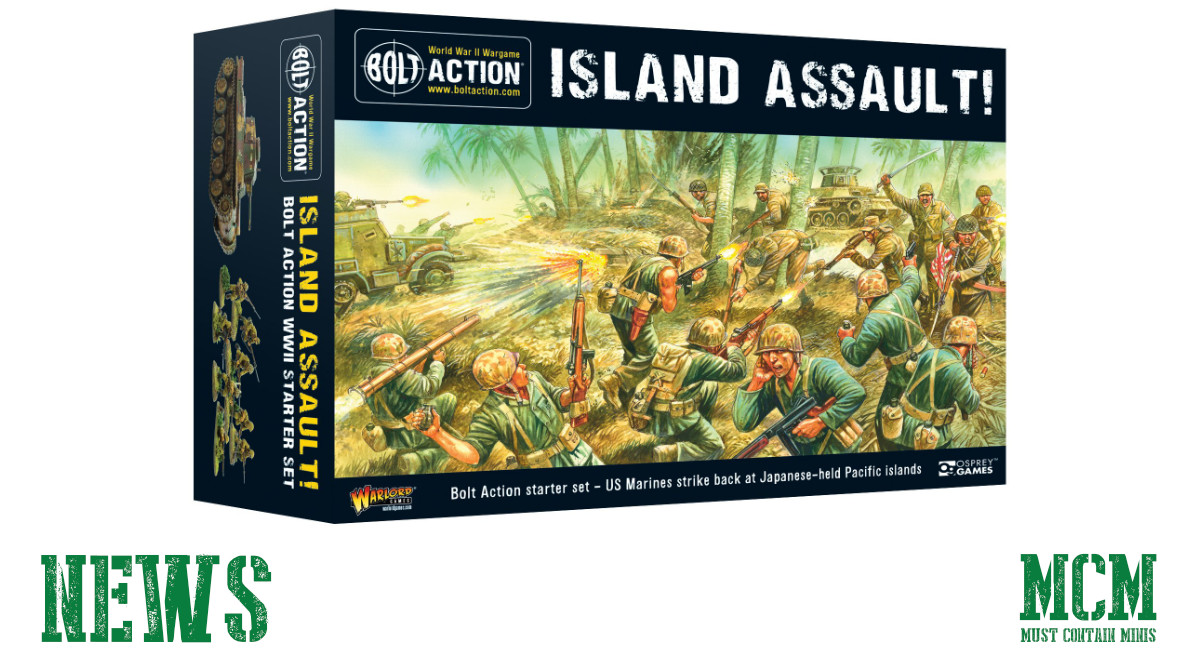 Right now, this product is up for pre-order. That means we will still have to wait before it hits stores’ shelves. Regardless, let’s take a look at what we can expect.

For the first time in a two-player starter set, we see Japanese forces. The United States Marine Corps make up the other side of this box. The image below shows you the contents.

Warlord Games packed a lot of useful miniatures and models in here. No terrain this time around, but often when I play Bolt Action I use the terrain that belongs to a store or club anyhow.

Like the earlier Band of Brothers Starter Set, this one also comes with the second edition rulebook. The difference is that this one is set in the Pacific where battles focus on Island hopping engagements. Of course, Warlord also packs the two boxes with different armies.

For those who have not bought into Bolt Action, this could be a fun way to get into the game with two forces. For those already in, this new starter makes for a good excuse to buy two new armies.

While it has been a long time since I last played Bolt Action (due to the pandemic), it remains one of my favourite games. As such, this announcement excites me.

To share my excitement, I wrote this article to spread the news. Are you excited? If so, let us know in the comments below!