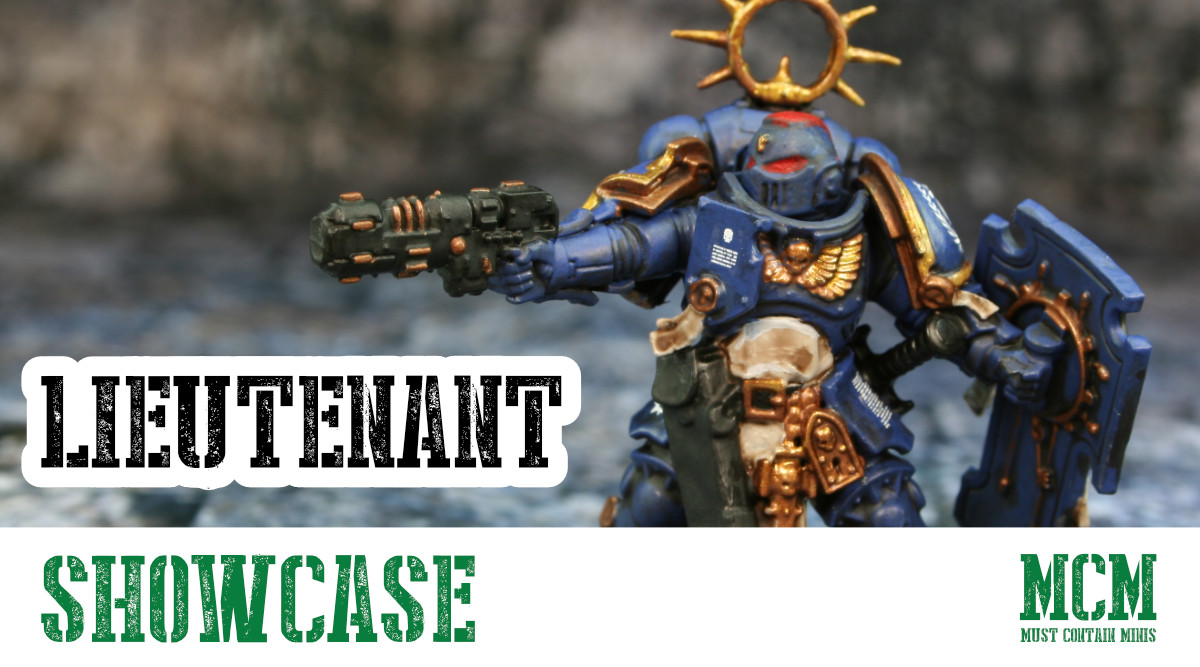 In this post, I share with you my painted Primaris Lieutenant. This miniature came to me as part of the Warhammer 40,000 Recruit Starter Set. For me, that starter set was just right. It gives a taste of 40K with some cool minis to build and paint.

This miniature has to be my favourite of the group. Sword, Pistol and Shield and an attitude to match! I love it.

Now, let’s take a closer look at my painted miniature.

Pictures of my Painted Primaris Lieutenant

How I Painted the Miniature

To paint this miniature, I followed the same steps that I used with the start painting space marines boxed set. I used the same colours and techniques.

After the shade though, I added a round of highlights on the model. I also found a second brighter gold and used that on the shoulders and insignia to give it even more depth.

Next, I applied the decals with water and used a brush to place them on the model. After the decals dried, I applied a light coat of brush-on matte varnish overtop the decals. In theory, this should help keep them in place, and blend the decals into the paint.

After I finished that step, I decided the miniature was complete. For someone who prefers building to painting, this mini turned out really good!

Notes from the Photoshoot

I previewed some of these pictures on Social Media before making this post. Some people asked me about how I took the photographs. I figured that I would share some of my secrets with you here.

For this shoot, I used the exact same set up as I did for the train station in my GameCraft Minaitures LED Lamp Review.

Basically two 100W equivalent utility lamps with daylight bulbs in them plus this arch lamp mentioned above.

As a photography backdrop, I love using gaming mats! This one happens to be “Blood Moon” by the very talented people at Cigar Box Battle. As you can tell, the mat makes a great backdrop for pictures, and it also works as a great gaming mat too.

The camera that I am using is an 11-year old Canon DSLR. Combined, these tools yield some great images.

This painted Lieutenant is now a part of a YouTube video I made. Check it out if you haven’t already watched!!!

Now, let’s wrap this article up.

Thank you for checking out my Primaris Lieutenant as painted by me. I had a lot of fun painting this miniature and I think it looks great!

It comes in Games Workshop’s Recruit Starter Set for 40K. In my opinion, it was money well spent. Audience wise, that product is likely best for people just after a taste of 40K (like me) or who want to build up a Necron force.

Should I Get into the New 40K – Indomitus