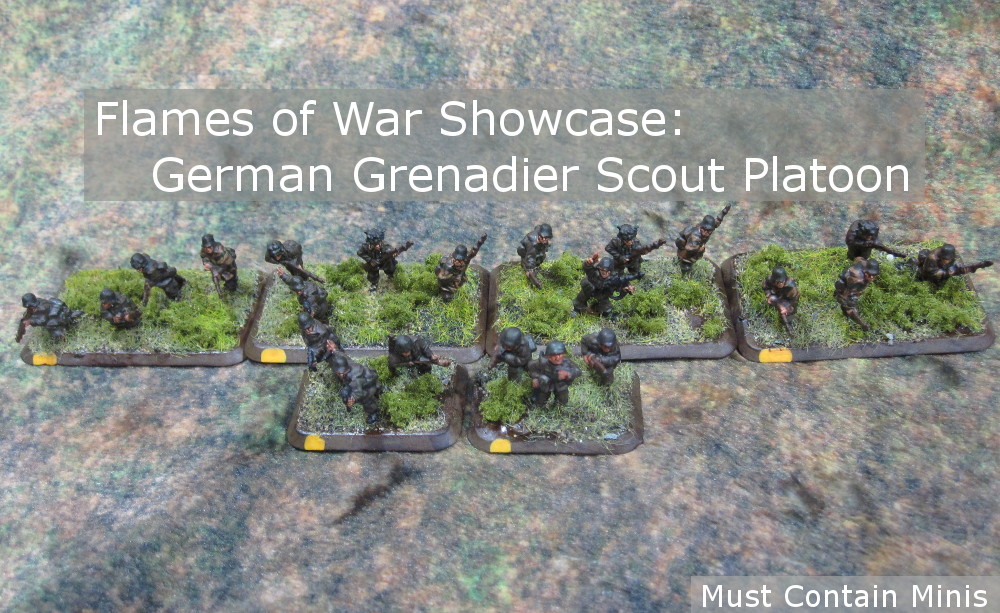 This post is a quick showcase of my Flames of War Grenadier Scout Platoon. This unit is from Third Edition and I am currently unaware of its state in Fourth Edition. I plan to make the jump to Fourth Edition later in the year.

For those that don’t collect Flames of War miniatures, these WW2 miniatures are in 15mm.

This small unit is one that I really enjoyed bringing to the game. They are not as powerful as a full Grenadier squad, but they are low points, can assault and the leader can even be equipped with anti-tank grenades or a Panzerfaust. While they give you another assaulting platoon, their real is that they can move well undercover, get a recon move at the top of the game and can lift cover on targets that have gone to ground.

In the images above, you may notice that I have two commanders. Those are options – I take one or the other. One is armed with rifles and the other with SMGs and a Panzerfaust. By having two commanders, I can pick and choose the armament of the Command team. The rest of the squad is armed simply with rifles.

I used mostly the plastic miniatures from the 3rd Edition Open Fire Box set for Flames of War to build this squad. Battlefront made the best value starter set that I ever bought with that one!

Some of the command models are from a metal blister pack though.

Now let’s take a closer look at the miniatures in this platoon. Below are the two command teams.

And now for the rest of the German Scout Platoon for Flames of War. 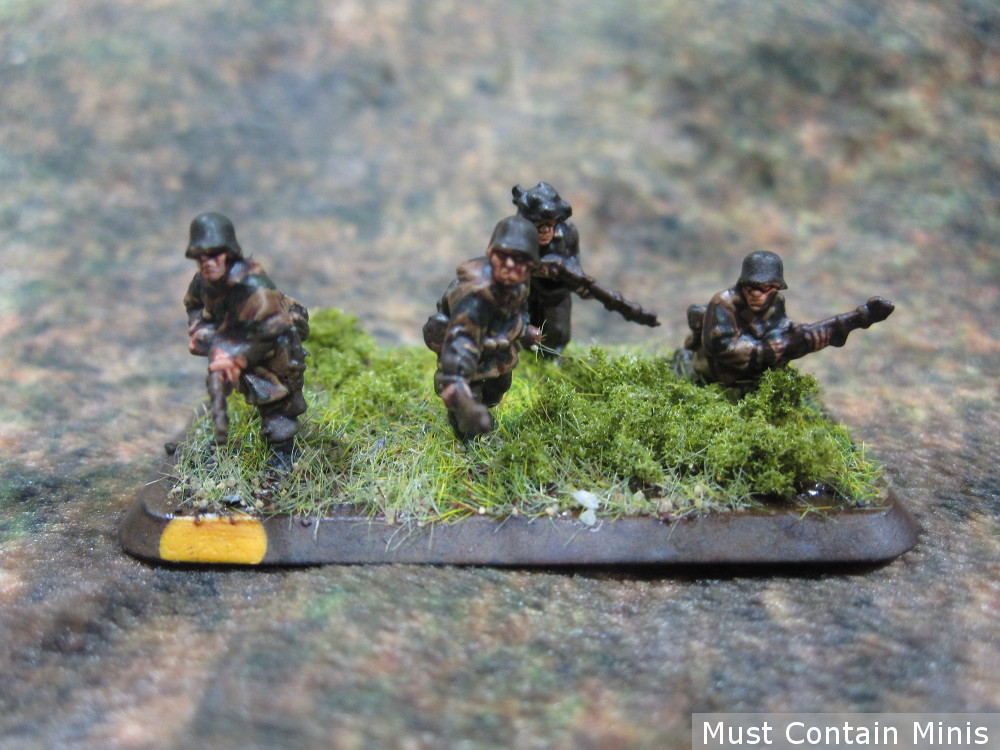 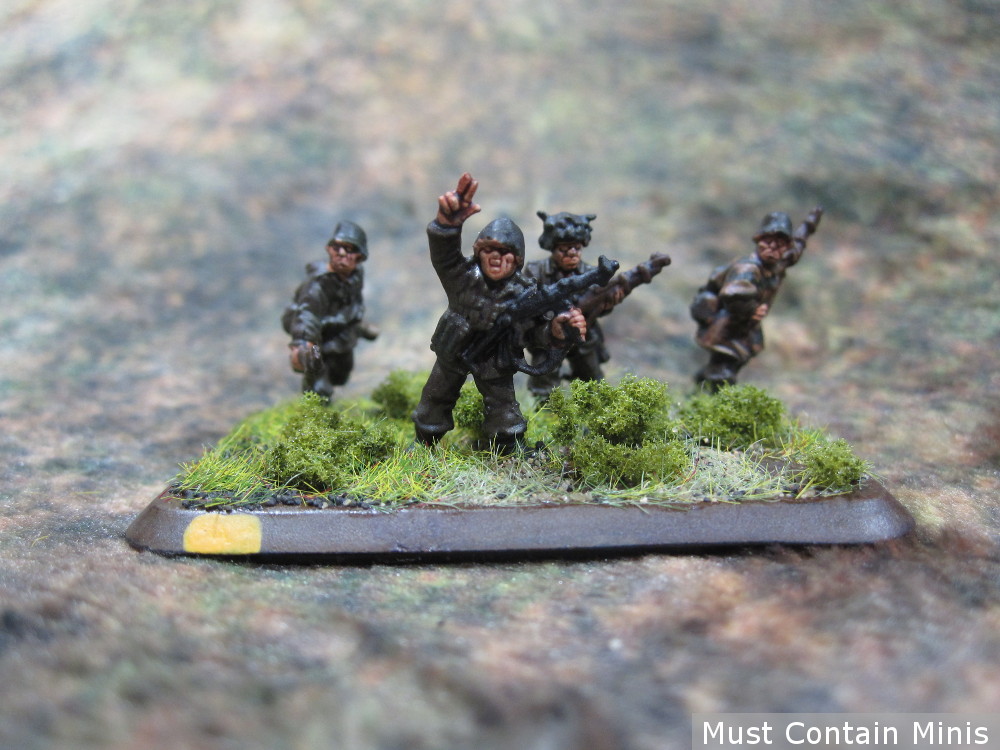 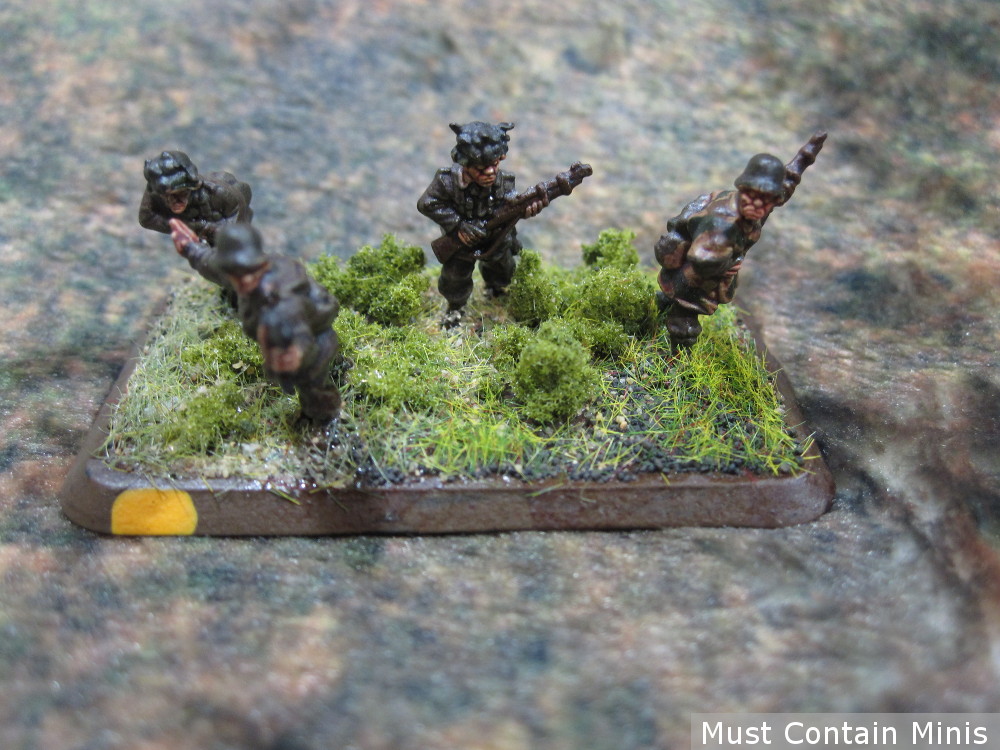 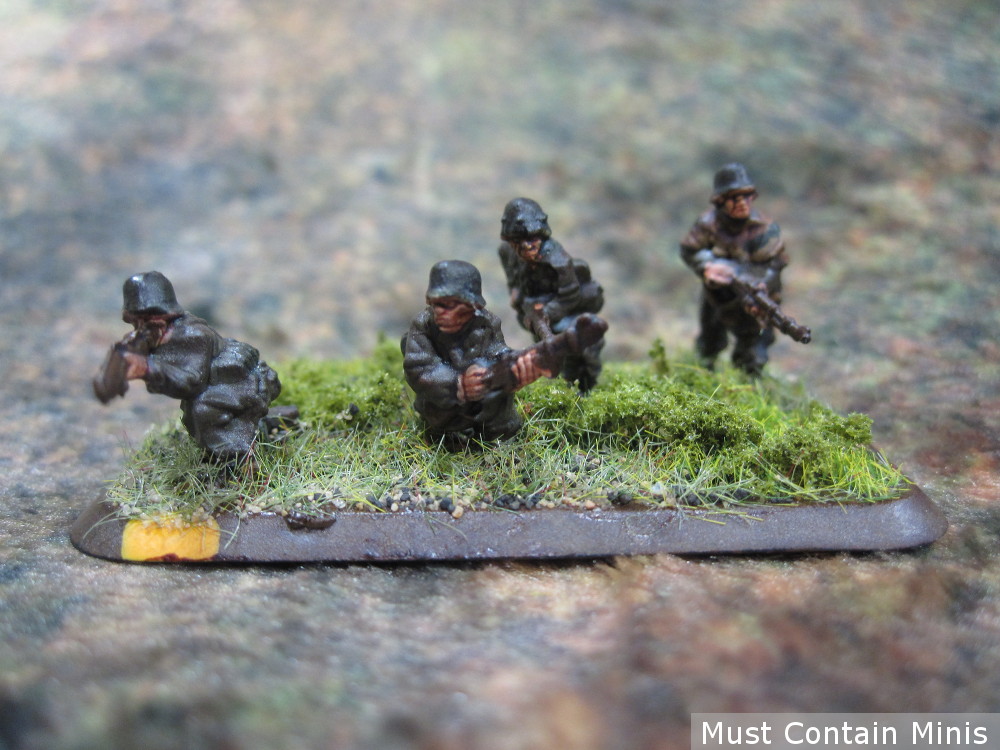 Back when I played the Third Edition of Flames of War, I really enjoyed using this Platoon of miniatures. They were a “fluffy” unit to bring to the table for my massive infantry army of Grenadiers. While this unit was never my star unit, they certainly added some interesting options that a Grenadier force would otherwise not have. Let’s face it, the Grenadiers in Third Edition didn’t have a lot of recon options. Taking these guys made the enemy more susceptible to my gun lines.

Sometime over the next year, I plan to make the move to Fourth Edition and give it a try with some of my friends. 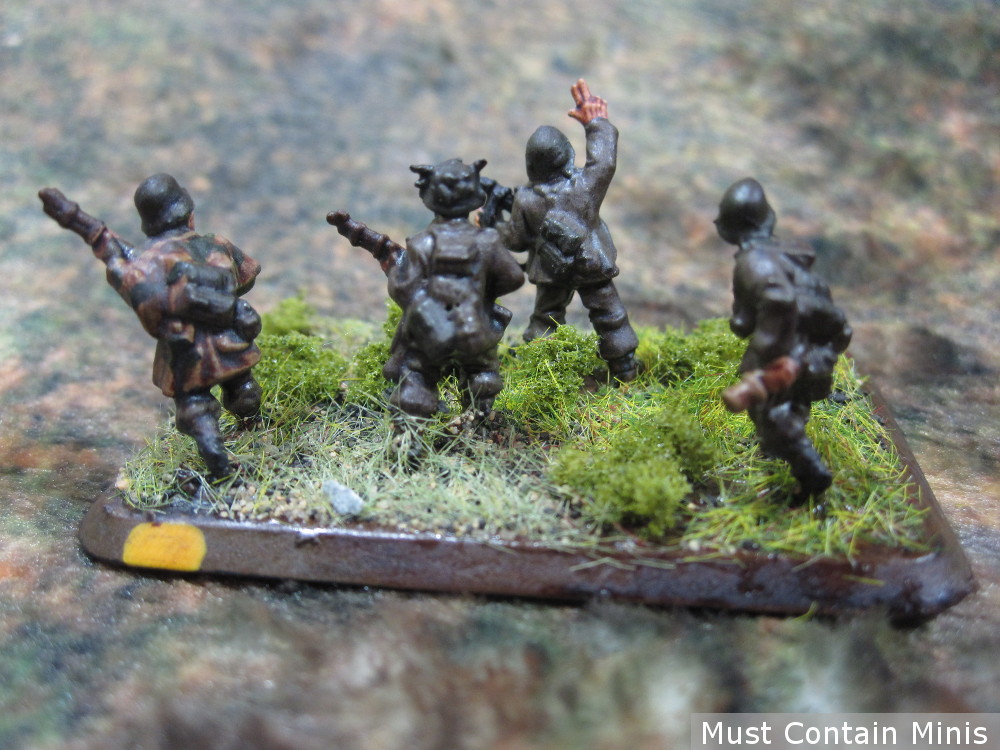 If you want to get into Flames of War, check out the products below.

If you are wondering what the background was in the pictures of this post, all pictures were taken using a Cigar Box Battle Mat as a backdrop.

How to Prep Plastic Miniatures for Painting