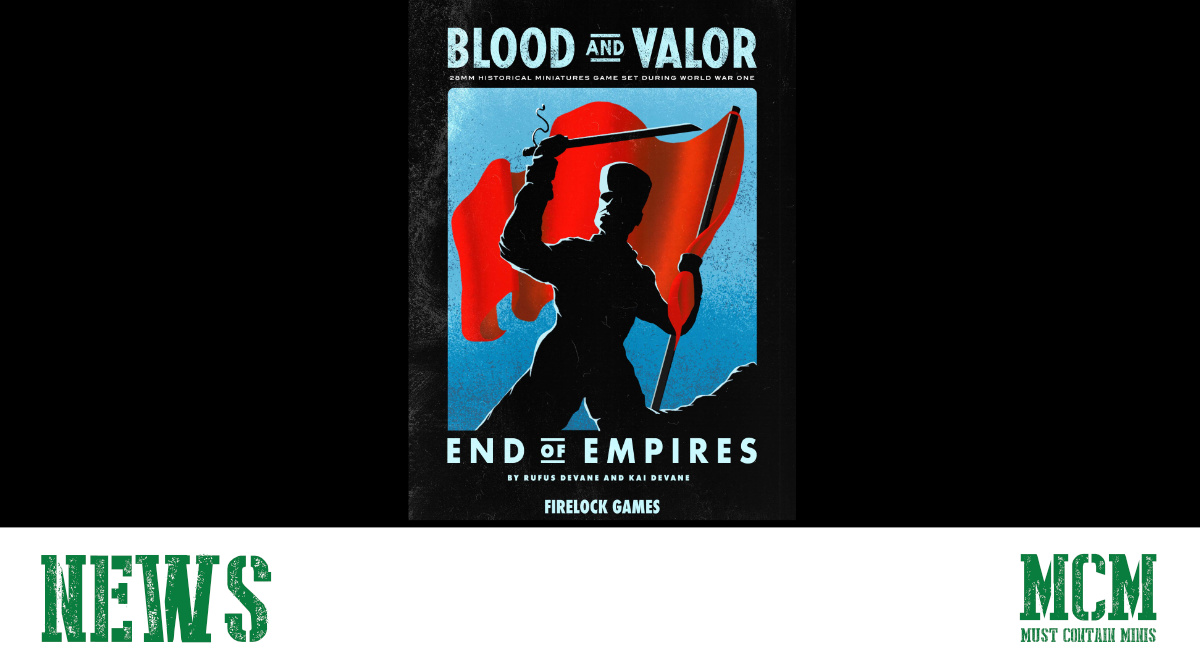 Did you know that Blood & Valor is getting an expansion soon? This expansion takes the game to the East and really extends the number of forces that you can build and play for the game. The name of this upcoming expansion is Blood & Valor: End of Empires.

For those who don’t know, Firelock games made Blood & Valor as a low model count (25 to 45 models) 28mm World War 1 Miniatures Game. You can find those rules on the Wargame Vault (Affiliate Link) or on the Firelock Games Website.

Now, let’s talk about the new details we received about this upcoming expansion to the game.

So, what new forces will Blood & Valor: End of Empires Contain?

Rufus and Kai (the authors) included the following armies in the new book. Since the book is not yet released, this needs to be verified, but this is what we are expecting.

What Else to Expect in End of Empires

In addition, we more good stuff from the expansion too. This includes…

Overall, I find this to be some exciting news. Some of it, we already knew. If you head back in my posts to my Blood & Valor News from October of 2020, you will see more details of what to expect. The newest announcement actually lists out the new army lists and firms up some details. By checking out both posts, you will get a good idea of what to expect from this upcoming book.

If you want to learn more about the game and monitor news as it comes out, check out the Blood & Valor Facebook Group and be sure to visit the Firelock Games Website too.