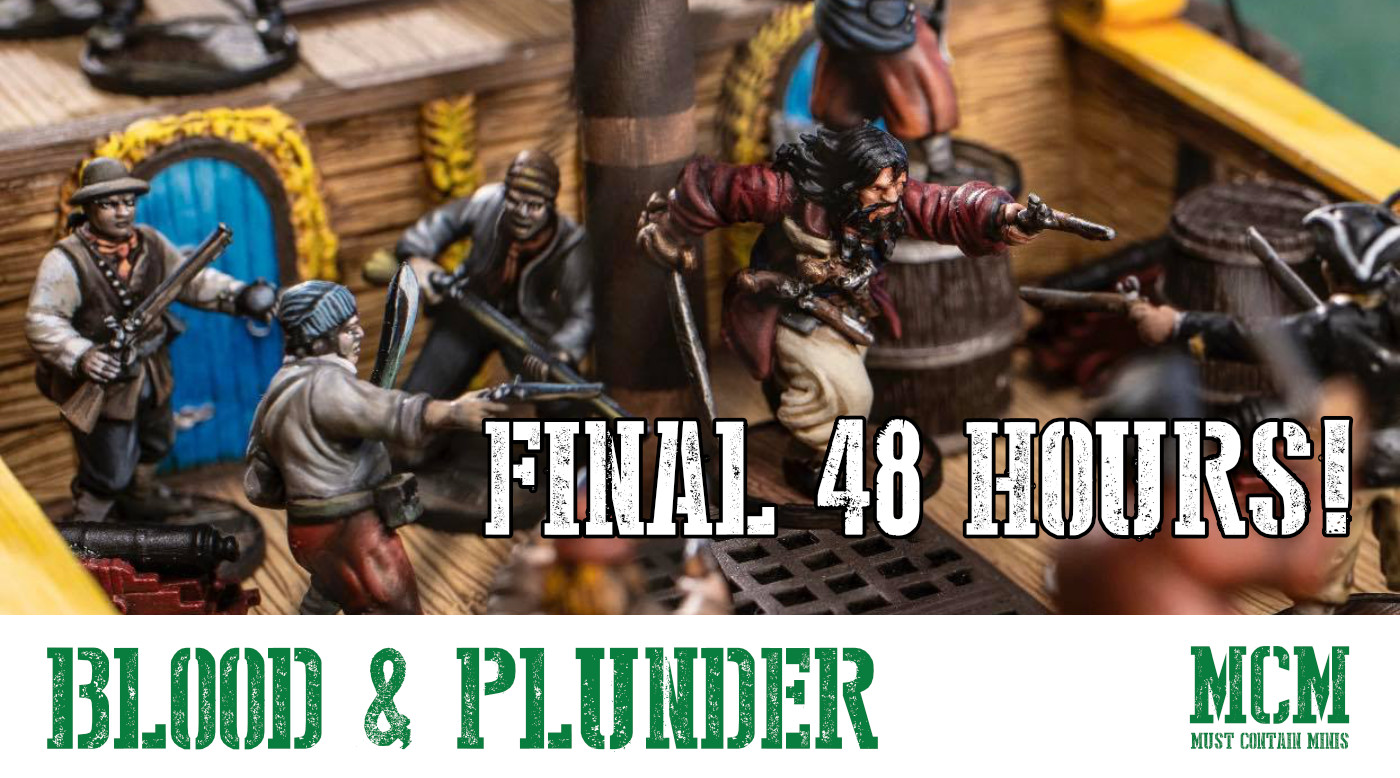 That is some exciting news. On top of that, they are in their last 48 hours of the campaign. Well, maybe more like the last 44 hours at the time of publishing this article. If this game, with a new 2-Player Starter Set, is something you want to get into, be sure to check them out. There is still time.

So far, the guys at Firelock Games did very well with their campaign. They reached almost all of their stretch goals, and there is still a chance that they will unlock more. The images below show what backers unlocked at the time of me writing this article.

The unlocks above are for additions that you can add to your pledge. The unlocks below come in every Crew or above pledge level on their Kickstarter. This is basically free swag for helping them out.

I will warn you that the Box of Plunder content list is a long one. To get to the rest of this article, you will have to keep scrolling down.

Wow! The guys achieved a lot on this one. Very cool that a lot of the goals for the Box of Plunder were all pretty much “Social Media” related.

New Ask Me Anything Video from Firelock Games

In celebration of their Kickstarter’s final 48 hours, Firelock Games released a new ask me anything with Mike Tuñez.

For your interest, I embedded the video below.

I found it to be an interesting watch – especially the parts talking about their future plans for Blood & Plunder and Firelock Games.

A huge congratulations goes out to the crew of Firelock Games as they sail their Blood & Plunder: Raise the Black Kickstarter into its final 48 hours. If you haven’t checked it out already, you still have a little bit of time to get in on the fun.

There is just something about plastic pirates and their new two-player starter set that really excites me. I really want to see this go into the retail stores, and I think plastics is a great way to go to make the game more accessible to a wider audience.

Thank you again for joining me as I follow Firelock Games’ final days of the Raise the Black Kickstarter journey. If you want more Firelock Games content, I have a good amount of it on Must Contain Minis.

Frostgrave AAR: The Rats in the Wall (Into the Breeding Pits)

Just a quick reminder. Must Contain Minis partners with a few businesses to help cover the costs associated with running a website. We do this through affiliate links. If you purchase something from one of the affiliate links from this site, then a portion of the sale goes back to supporting Must Contain Minis. This is at no extra cost to you at all. Win-win.

We have affiliate relationships with Amazon.com (paid link) and DriveThruRPG (paid link). On top of those two, the Wargame Vault (paid link) is also one of the companies that you can buy from and support this website.

Recently, I just partnered with Humble Bundle (paid link) too. There you can buy some great bundles (Miniature Gaming and Role Playing Game PDFs, and Computer Games) at very affordable prices. When you checkout from there, you can select how much money to support Must Contain Minis (and many charities) with. This is a great way to get some cool stuff for yourself and help Must Contain Minis without costing you any extra money.

I thank you again for reading and appreciate the continued support.