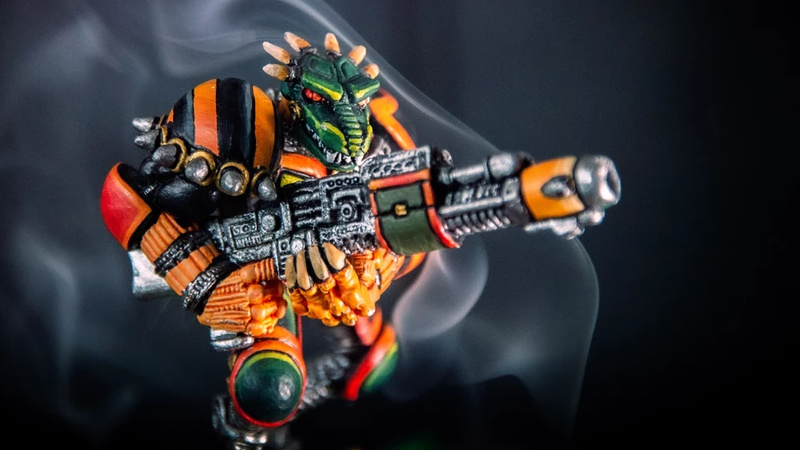 Years ago, a new board game came out called Legions  of Steel. That was 1992 and miniatures were not on my radar at that point in time. That said, I knew about the game before the Kickstarter because of Board Game Geek. Well, now the game is back and you can get it on Kickstarter.

The game itself was designed as a more advanced Space Hulk type game back in 1992. According to the publisher, this new edition has been streamlined for the modern gaming world. Instead of hunting aliens, the elite commando troops take on robots.

Goal of the Kickstarter

The Kickstarter for Legions of Steel already reached goal. The aim of this project is actually to help fund a second with the profits. The creator hopes to bring the game back out to the market in an all new boxed set. This box would include new miniatures in plastic.

So far, the game is doing well on Kickstarter and fully funded on its first day. For those wondering, these minis are 35mm in scale.

The Legions of Steel Miniatures

I went through the company’s Kickstarter and Facebook pages finding images of what we might expect. Below are some pictures.

Those are some neat and retro looking minis. They kind of have a neat vintage vibe that you can now add back into your collection. After digging through their Facebook page, I found some images of the game in play.

Below are some images from their play testers. Not sure if your print-and-play will end up looking this nice, but it looks pretty cool.

Hopefully you enjoy this quick article of me bringing you something neat that I found on Kickstarter. For more about this game, be sure to check out this Kickstarter Campaign.