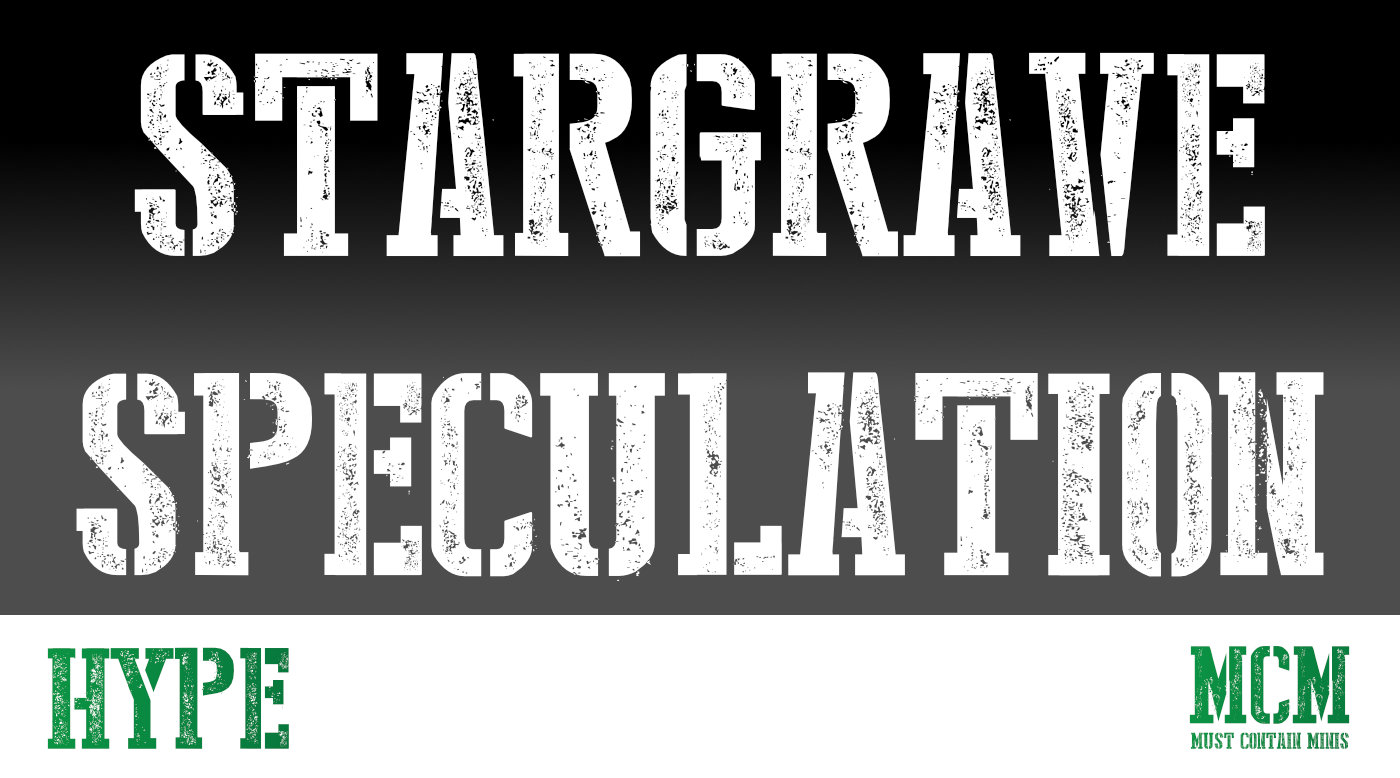 In this post, we spend our time speculating about Stargrave. Now, Stargrave is a product far off in the future, but you can find hints of it on Amazon.com right now. Just search for upcoming games by Osprey Osprey Games and you will see a placeholder for the book.

With Frostgrave 2 coming, we are adjusting our telescope and looking way into the future for today. Don’t worry, we will continue to look at Frostgrave 2, but for now, join me in this Osprey Games Stargrave Speculation article.

First off, I want to state that this article is about conjecture only. In truth, we know nothing about the game at this time. That said, we do know about Joseph A. McCullough (the Author) and some of his preferences and past works.

What We Do Know…

To learn about his views, we have his personal blog – The Renaissance Troll, his many publications (including those under his own name on DriveThruRPG) and his online appearances. I embedded one of the videos below in case you want to learn more about how Joseph thinks about game design.

The quick version of what we know is that Joseph likes open gaming worlds without placing boundaries or limits on what players can do. He does not want to make maps for Frostgrave because he feels that is a boundary that confines the game and peoples’ expectations of the game.

We also know the general design of Frostgrave: First Edition and Frostgrave: Ghost Archipelago. I anticipate that Stargrave will follow the same formula with whatever improvements they bring into Frostgrave: Second Edition.

My anticipation for Stargrave is that Joseph will basically take the Frostgrave mechanics and take it to space. I think that instead of seeing bases (like in Frostgrave) or ships (like in Ghost Archipelago), we will see the base of operations in Stargrave be a character’s spaceship.

How the primary characters will be remains the biggest question for me. Will they be uber-powerful characters like the Rogue Traders of a larger company? Could they be themed as Jedi Knights or Scoundrels like Han Solo? I have no idea what direction Joseph will take with your main character (and presumably a helper too).

I anticipate that the make of the warband will consist of a total of 10 miniatures like Frostgrave and Ghost Archipelago. Two will likely be your main characters with eight more generic characters. Perhaps four of those can be upgraded to better soldier types. What do you think?

The next question is how will he deal with higher level weapons and armour? Should they have multiple shots in a turn and/or the range of an entire 3′ by 3′ gaming table? I am really looking forward to seeing how he deals with this.

As for weapons, we don’t know what to expect there, but I anticipate guns. Perhaps melee weapons will still have a place too. You don’t want to be blasting holes into your space ship while in space. I am hoping that they will make all of the weapons from the North Star Military Figures Frostgrave Cultists Sci-Fi pack accessible.

This accessory pack comes with 3 pistols, 2 knives, a club, a Laser rifle, a auto rifle, a shotgun, a flame thrower, a grenade launcher, a light machine gun and a chainsword. A chainsword, that could be good.

While this weapons pack exists, I bet that North Star Military Figures will have some plastic figures to go with Stargrave when the game comes. My guess is that it will be themed after spaceship crews.

Thank you for joining me in this Osprey Games Stargrave Speculation article. As mentioned above, this post is conjecture only. I don’t have the inside track of what to expect – and the release date is still eight-months away. Overall, my anticipation for the game is that it will be Frostgrave in Space!

This is meant to be a fun post, so please leave your comments, wishes and suggestions for Stargrave in the comments section below!

If you want to read about Frostgrave, we have lots of Frostgrave articles on this site.