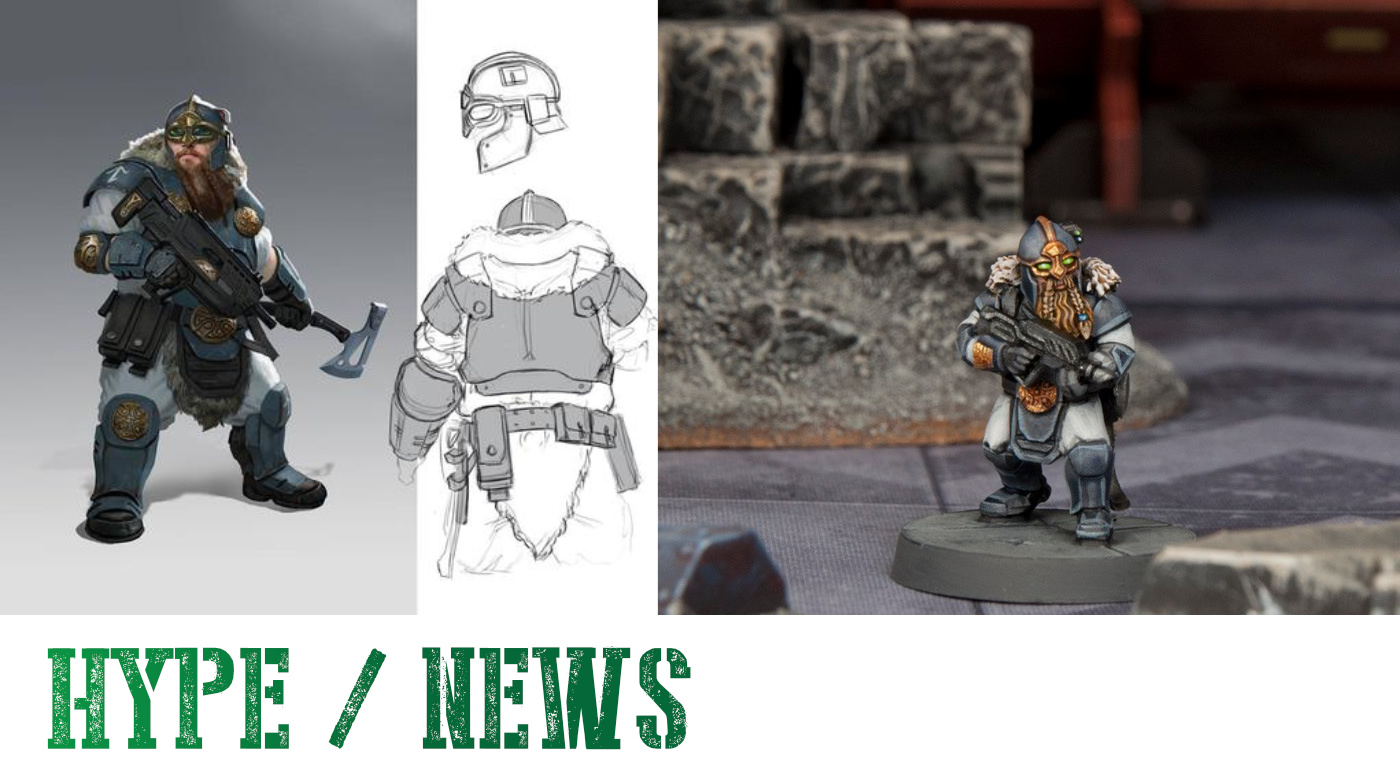 Recently I spotted some preview pictures Space Dwarfs on Facebook. These miniatures are so cool, I just had to share. All of the images come from Wargames Atlantic. They are a new player to the miniatures industry and releasing multi-part hard plastic miniatures at a very impressive rate.

This is the second article that I wrote about Wargames Atlantic. The first takes a look at their 28mm spiders.

As already stated, all of the images in this post come from Wargames Atlantic.

If you have not come across Wargames Atlantic, let me tell you a bit about them. I first noticed them just over a year ago. At that time, they sold their Skeleton Warriors and Raumjäger Infantry kits. Not a lot of options, and some interesting choices of starting kits being of one faction for two different genres. That said, the models looked nice and I was always interested in their Raumjäger Infantry. I figured they would make good models as proxies for the Imperial Guard or as standard models for generic miniatures agnostic Sci-Fi games.

To me, Wargames Atlantic is the new “value” company to the scene. They sell those 24 multi-part hard plastic 28mm miniatures for just $34.95 USD per box. Compare that to a box of Imperial Guard Infantry or WW2 German Soldiers from another company, and you have a great deal here in terms of miniatures per dollar.

If you buy some of the fantasy or historical miniatures sets, than that value per figure goes up. Some of these boxes come with 40 miniatures (all 28mm) for just $34.95. Buy in bulk, and the figures are even less.

At this time, Wargames Atlantic has six lines of figures. You can buy WW1 Germans, Fantasy Halflings or Skeletons, Ancient Persians, Dark Age Irish Warriors and two different Science Fiction kits. That is a vast variety of figures, and all in hard plastic.

They continue to expand their lines rapidly. Today’s post looks at a new miniature set that Wargames Atlantic just put up for pre-orders.

Meet the Einherjar – but I am going to call them by a different name. Meet the Space Dwarfs.

The Einherjar are Wargame Atlantic’s Space Dwarfs. Again, Wargames Atlantic scaled these miniatures to fit in with 28mm figures. The company published a few preview images of them over the past few weeks. I gathered those images so far to this one place to share with you.

Here is a preview image that many miniature collectors are wondering about. Show us the sprues! Well, here you go. Check out the Einherjar plastic frames.

Since the first draft of this article, Wargames Atlantic released more preview images of the new models. I gathered most of them for this post. Take a look at the completed models below.

Now, how do these miniatures scale to other figures?

So far, we do not have any direct scale comparison pictures. That said, we do have an image of an Einherjar infantry model beside Wargames Atlantic’s other 28mm Death Fields factions. We also have a picture of those other factions versus other manufacturers. Between the two images, you can get an idea of the size of these models.

Using the two pictures above, you should be able to come to your own size estimation of how these Space Dwarfs will line up against your other 28mm to 32mm miniatures.

Thank you for coming with me on this journey in discovering Wargames Atlantic. Their teaser images of late have me pretty excited to see what they release in the future. I think that this might be the new company to watch for high quality affordable miniatures for use across multiple gaming systems.

I find the look of the Einherjar appealing. From what I read, these miniatures should come out in August or September. In fact, they are up for pre-order now.

Finally, while going through the pictures on Wargames Atlantic, I noticed that a number of the painted miniatures and photos were by Matthew Leahy of Dr. Mathia’s Miniature Extravaganza. I figured I should give him a shout out for taking the excellent pictures and painting up the minis so nicely.