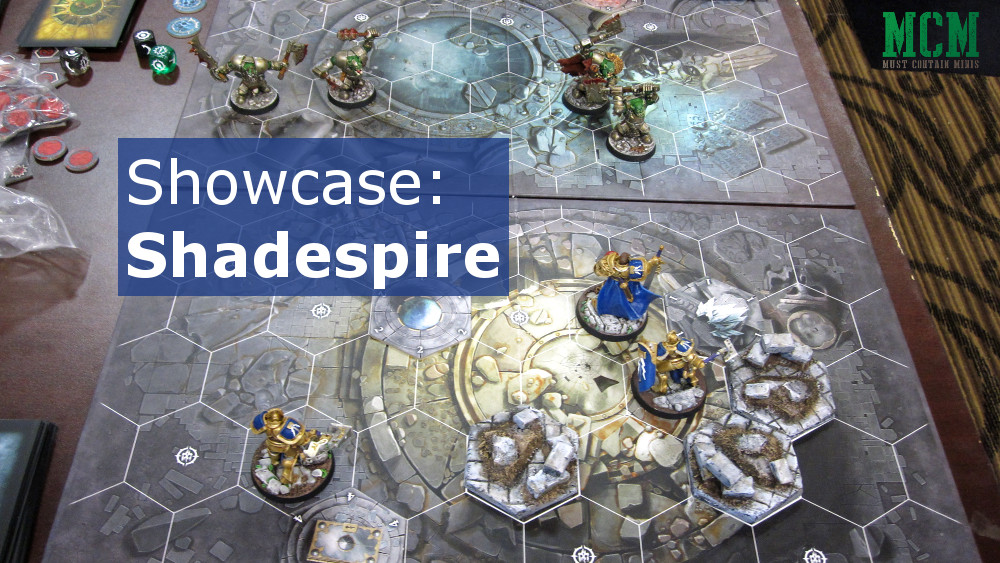 At Hotlead 2018, I got to try the game out with Brad Leaver of Six Squared Studios. The game that I played is his, and he did a great job painting the miniatures.

Personally, I prefer the aesthetics of the old Empire and Britannia models from the old Warhammer games and the miniatures from Lord of the Rings, but the Stormcast Eternals are okay – especially with how well Brad painted them.

Let’s take a closer look at the minis that Brad painted.

The Miniatures of Warhammer Underworlds: Shadespire

Check these minis out! They look pretty good to me!

So what did I think of the game play? I liked it. The game was fast and simple. I am of mixed mind about the cards. It is nice that everything you need is at the table without having to go through books.

At the same time, I can see the same trap going on as there is in X-Wing.

The miniatures you buy come with the cards that you need, but other warbands might have cards that you also want for your current group of miniatures. In turn, you may end up buying the other boxes to complete your collection of cards (even if you are not necessarily interested in the miniatures). If you are into just casual games, this set looks great. If you want to play competitively (or are a completionist), be prepared to collect everything. The cards in the other sets are not necessary, but I am told that they are nice to have.

As far as objectives go, we were trying to capture and hold certain spots on the board. We also had cards that gave secondary objectives to the players. The secondary objectives could range from holding a specific point on the gaming board to killing an enemy character. Personally, I really liked the way the additional objectives work. It makes for a fun and interesting game.

Character cards and upgrade cards are also fairly simple and straight forward to use. I am not going to get too far into detail on the system as there is a lot of other information out there, but overall the game was a lot of fun. I still prefer the old figures from Warhammer Fantasy, but I certainly liked the game and how it played.

Brad works for Six Squared Studios. For those that don’t know of the company, they make some fantastic terrain and gaming accessories at great prices. I often buy from them at the conventions that I attend. I am told that their shipping rates in North America are good too, but so far I have bought only directly through them in person at shows.

You may have noticed some unique 3D terrain features on the Shadespire board in the picture above. These are prototype pieces of some terrain items that they are working on that will fit into the game of Shadespire. They look pretty good, but the final product may end up looking different as these are prototype pieces. If terrain for Shadespire interests you, it may be worth keeping an eye on Six Squared Studios.

Six Squared Studios makes great Scatter Terrain and Gaming Accessories. They are also getting into MDF terrain with wall pieces that work perfectly for Necromunda, and some really cool fences. Again their prices are fantastic and worth a look.

Games Workshop continues to turn my head with their new direction and new games. I think the company has been making a lot of positive moves and I am glad I tried Shadespire. The game itself plays well and the figures look great.

Special thanks goes out to Brad Leaver of Six Squared Studios for teaching me how to play Shadespire. Thanks also goes to him for allowing me to photograph his miniatures and game. They look Great!

This Past Week… Playing Leviathan and watching GenCon Releases