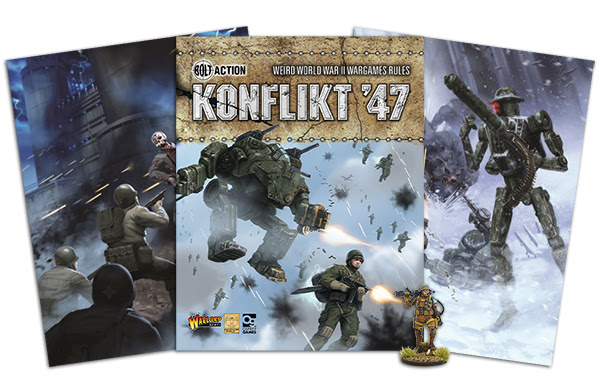 As of today, this Blog has been active for four months and in that time, this site has received over 37,900 pageviews. That is fantastic!!!

One great thing about having this Blog is that I get interactions with game publishers that I wouldn’t necessarily receive if it were not for the articles that I write. Early on, I got to interact with Jey Legarie from Dungeon Crawler™. A number of interesting articles came out of those interactions including an interview with Jey and an article where I got to take pictures of unreleased miniatures posed with my own models for scale. That was really cool and an experience that I reflect upon very positively.

This month was especially exciting for me as I have had a number of interactions with miniature gaming companies. The highlight for me would be having made contact with both Warlord Games and Osprey Games. Although I haven’t heard back from Warlord, Osprey Publishing effectively became my first sponsor for content by sending me a copy of Konflikt ’47 for review purposes. I am extremely excited to have received this book from Osprey and have now written a few articles about Konflikt ’47. These articles include…

Future articles planned for Konflikt ’47 include looking at army lists from the other three nations, some battle reports and a review of the book itself.

Earlier in the past month, I attended the Gaming Convention Broadsword 2 in Hamilton. There, I chatted at length to Lee from RAFM miniatures and Brad from Six Squared Studios. In my posts, I make it no mystery that I am a fan of both companies. They both make great products at fairly reasonable prices. From Broadsword 2, I wrote a battle report of a game ran by Six Squared Studios. That report of How the West Was Eaten happened to be my most popular post of the Month.

Overall, it has been a very enjoyable month and I am happy of the accomplishments of this website. As a quick aside, my copy of Band of Brothers came into my FLGS today.  🙂

Until next time, Happy Gaming Everyone!

IKEA Furniture for the Hobby Room