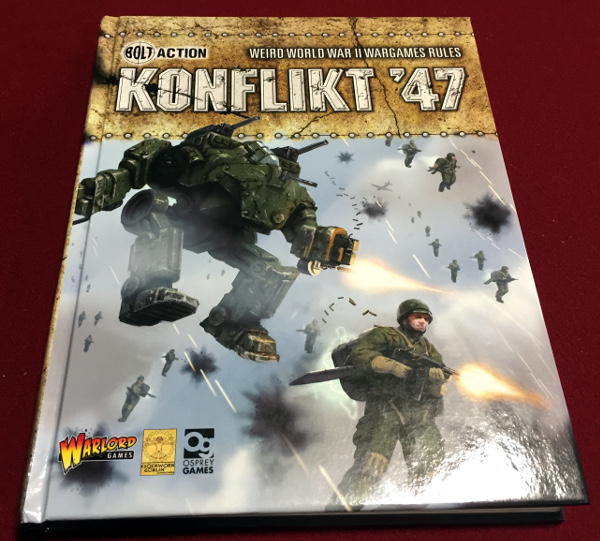 A conversation broke out today at my local gaming store about Warlord Games’ new product – Konflikt ’47. This game has captured the interest of many people, with myself included. For the first time, I got to see some of the products in person.

The Mantic figures do appear slightly larger, but the scale is close enough that I would not be bothered using them together in a game.

One of the players was looking into Mantic Zombies because it would be a quick way to add numbers to their Zombie Horde and would give some variation over what they would have if they used just the models by Warlord. It also seems like a viable way to get Zombies into your army without having to buy the German Starter Army (at the time of writing, the Totenkorps are not yet available outside of the army box). There was a question as to whether the helmets and guns would fit on the Mantic Zombies. I did not get a picture, but British helmets fit on the heads of the Zombies perfectly.

The Silver Bayonet – A Surprise From Osprey Games