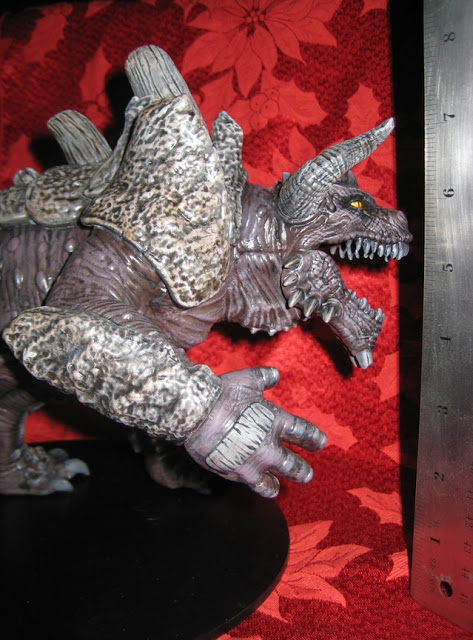 I, probably like many of my readers, sometimes dream about making a living from my gaming hobby. To really put yourself out there and create something cool for others to share in takes a lot of bravery. This bravery is something that I really admire, and I am fortunate enough to personally know three people from my local Gaming Groups that have had games (or miniatures) published. In talking to these people, I find that they face a number of challenges that we don’t realize that they face. One of those people that I know is Jey Legarie of Dungeon Crawler™.

Jey Legarie has told me in conversations in the past that publishing games and miniatures is not as simple as one might think. Many think that it is all fun and games, but there is a lot of work that goes into the job and there are plenty of risks too. Knowing this gives me even more respect for the people that put their souls and lives into bringing us the products that we love. Now let’s take a look at what Jey is currently Kickstarting. This is the Behemoth. It is roughly 8″ tall, over 8″ wide and more than a foot in length. Below is a series of pictures and a video from the Kickstarter page. I have not seen the product in person, but the sample pictures on the web look stunning. Check out these images and then we will get on to the interview!

Thank you for taking the time out of your busy schedule to do an email interview with me. Last time that I saw you at at a games day, you were telling me about the challenges that you have faced bringing miniatures to life. I would like to start off by telling you that I think that it is extremely cool that you are Kickstarting and producing products for people to enjoy. It takes a lot of bravery to put yourself out there and head up exciting projects like the Dungeon Crawler Behemoth that is currently on Kickstarter.

How did you come up with the idea of the Behemoth?
The idea behind the Behemoth actually extends from the history I’ve developed for the Dungeon Crawler™ world where the horde was a threat.  They had these enormous slumbering beasts that they would use to terrorise the populaces around them and seek control.  The humans, boldest of the bunch, finally rebelled against their oppressors and the seven largest tribes in the grasslands rose up to face them.  The orcs obliged and released their terrors on the grasslands.  A mass grave now stands north of the main citadel where the final battle was won.

As far as the miniature, I wanted to present something that could rival the Kraken in size, something that hadn’t already been done (like dragons) that had that iconic look.  The Behemoth seemed like the perfect fit.

What steps did it take to the idea from a concept to a prototype to a pre-release product? What further steps will it take to release the final product?
We ran our first campaign with only concept art.  That didn’t go so well.  And the company hit a pretty major impediment with our production run.  But over time I was able to scrape together enough funds to get a model made.  Our first attempt at a physical sculpt, which almost took a full year of time, didn’t work out.  So, we tried a new sculptor in 3d.  It turned out amazing!  We ran another campaign.  That one too failed.  Next I scraped together enough funds to have the prototypes made, which we ran another campaign for and that also failed.  Lastly, we then completed the master paints and the campaign seems to be doing very well now.
The next step is to do a final draft, then run the production.  I am very confident that we have found the right factory now and can complete the production copies in a reasonable amount of time without sacrificing quality.

How did you fund the production and release of your original Dungeon Crawler Expandable Card Game?

Initially, I funded it myself.  I had to go overseas and did a trial by fire.  We had problems at almost every level, but in the end, I know what to watch for better now.

For the Mines of Khurgan I turned to KickStarter, artwork can be very expensive to get made if you want to pay your artists a fair rate (and even then I hope to do better in the future).

Our most recent expansion, the THORN, we ran it a few times on KickStarter and did very well – and I have to give a shout out to Ricky Royal, whom I feel single-handedly turned many new backers towards us (and to thanks our devout supporters that continued to spread the word and come back to us).

After the card game, you moved into producing miniatures. What have you learned about the business after your Dungeon Crawler, Fantasy Miniatures release?

The hobby business is hard for publishers.  Distribution is the hardest element overall, without it you don’t get exposure, but with it you are pressed to make enough earnings.  Factories charge a premium because you can’t buy enough volume to drop your costs, so you end up viced between high costs, and exorbitant warehouseing and shipping fees from distributors.  There is a LOT out there for consumers to choose from, and getting heard can be a challenge.

Why did you choose to go with Kickstarter for your other releases?

Funding moulds for plastics and paints is very high, I couldn’t do it myself.  American factories can come close when it comes to moulds and production, but there would be nowhere to get the minis pre-painted at a reasonable price.  And, I love pre-painted minis.

Your Behemoth project is currently over 75% funded with two weeks left before its completion.  To me it is looking like the third time might be the charm for this project. How are you feeling about your progress so far?

We had almost 50% in our first 24hrs and backers have been trickling in.  We re-ran our campaign because there was demand that many backers wanted to try again because we got so much support only at the end of the last campaign.  I want to see it get made, I’ve invested huge in to this, so I ran it again – and I’m confident it can make it this time!  The end curve usually rises sharply as those that waited will get onboard.  But – it’s KickStarter, anything can happen.

How do friends, family and acquaintances react when they find out about your Kickstarter projects?

I’m sure they’re exhausted.  Emotionally it can be taxing, and seeing posted repeatedly can get repetitive.  I can only hope that those that want to see it get made can tolerate it and endorse it, while those that are annoyed can look the other way.  🙂

Do you have any suggestions for people that want to follow in your footsteps to bring their miniature and gaming concepts to reality?

It’s a hard road.  Know what you want to make and pursue it.  I had to figure out the factory aspect (which can really sink you) three times now, there’s freight, customs, shipping, warehousing, fulfilment and parceling, then afterwards there’s broken product, review copies and taxes.  You have to be invested with your time and will, it can break you, so you have to want it.

How can people who missed out on your Kickstarters purchase your miniatures?

We have our figures available in our online store www.dungeoncrawler.com/store/ , and will continue to put it up for sale once we have fulfilled for our backers first.

Thank you very much for your time.

The Hobby Market can be a tough one for the producers that bring us the games that we love. I have heard through another designer, and have seen in Jey’s interview that perseverance is an extremely important trait for game designers. This is the third attempt to Kickstart the Behemoth and I really think it is going to get funded. To me, this round has a much more exciting campaign than the previous attempt as they now have finished demo products that they can showcase on their Kickstarter page. These images show us exactly what we can expect from the final product. I think this piece would be superb to have on any fantasy table including Frostgrave, D&D, or any miniature wargame on the market. Of course, it can also be used in the Miniatures Game Labyrinth available for free from Dungeon Crawler™.

I hope that my readers enjoyed this article. For those interested in the product, head on over to the Kickstarter Page and back it while there is still time. Currently, this Kickstarter is 3/4 of the way to its goal with 14 days left to the campaign. For those that just enjoyed reading a little bit about what it is like to Kickstart the Behemoth, please share this article with whomever else you think would also share the same interest.
Suggested Stories and Ads...
Tags: Kickstarter