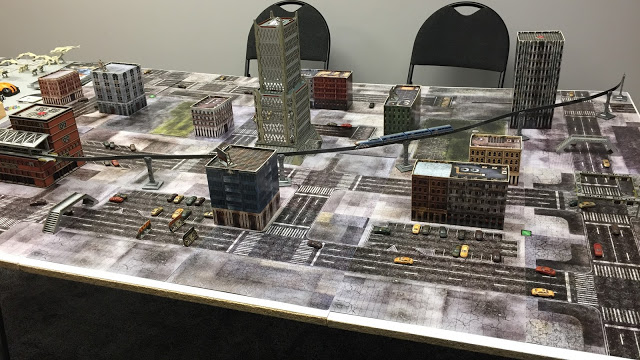 Dropzone commander by Hawk Wargames (now TTCombat) is a game that I have played a few times. The starter set is a great value for the money and a buddy of mine has it along with four full armies. A while ago, I went to his house and got in a game. Below is a report of the general strategies used and how the game went.

I played as the Post-Human Republic (PHR) while my buddy, James, played as the United Colonies of Mankind (UCM). The table was set up as below and there were 3 objectives that could be carried off of the table by infantry and two objectives that acted as focal points that we were to have troops by at the end of the game. My troops started at the top right side of the table and James’ troops started in the bottom left.

In the end, the UCM won this hard fought battle. Points were divided as below…

UCM – 1 objective carried off of the table, full control of one focal point and a focal point in contention.

This meant that the UCM won by one point. The PHR also took much heavier loses than the UCM.

Before ending this post, I would like to switch gears and showcase some of the paint jobs that James did on his miniatures. All of the miniatures used for tonight’s game were painted by him. 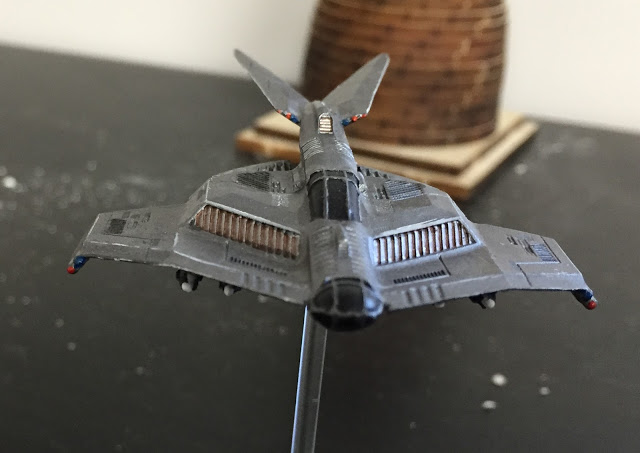 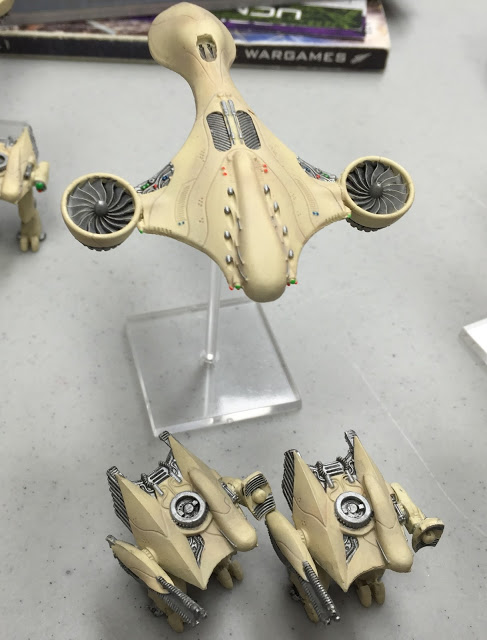 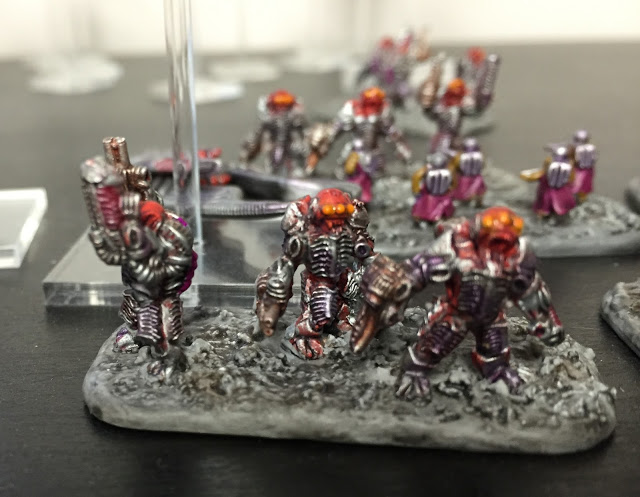 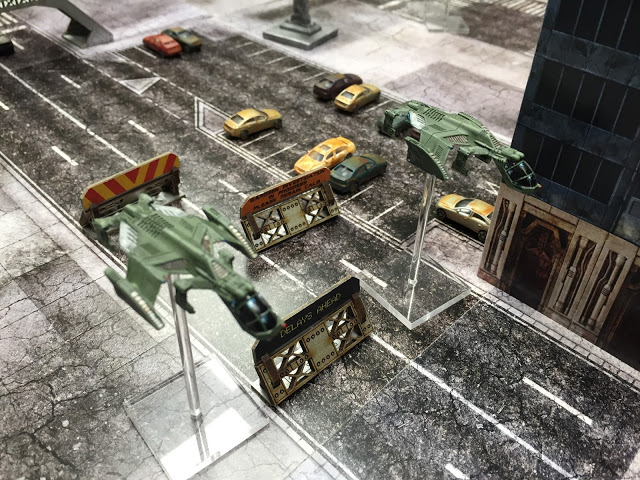 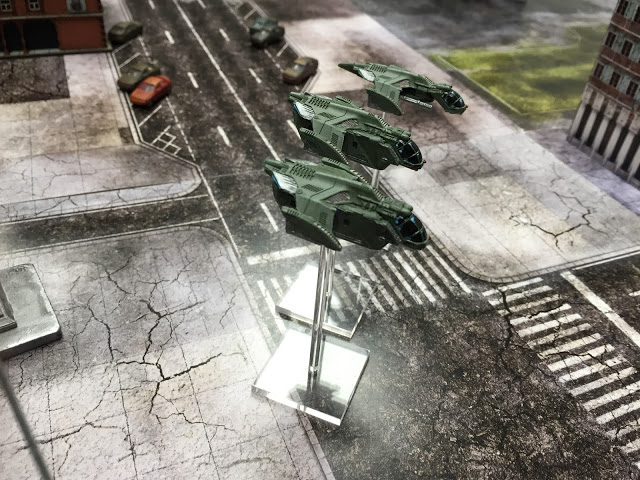 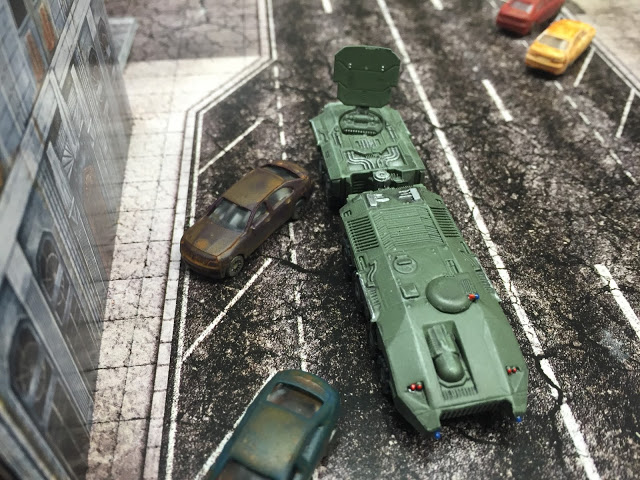