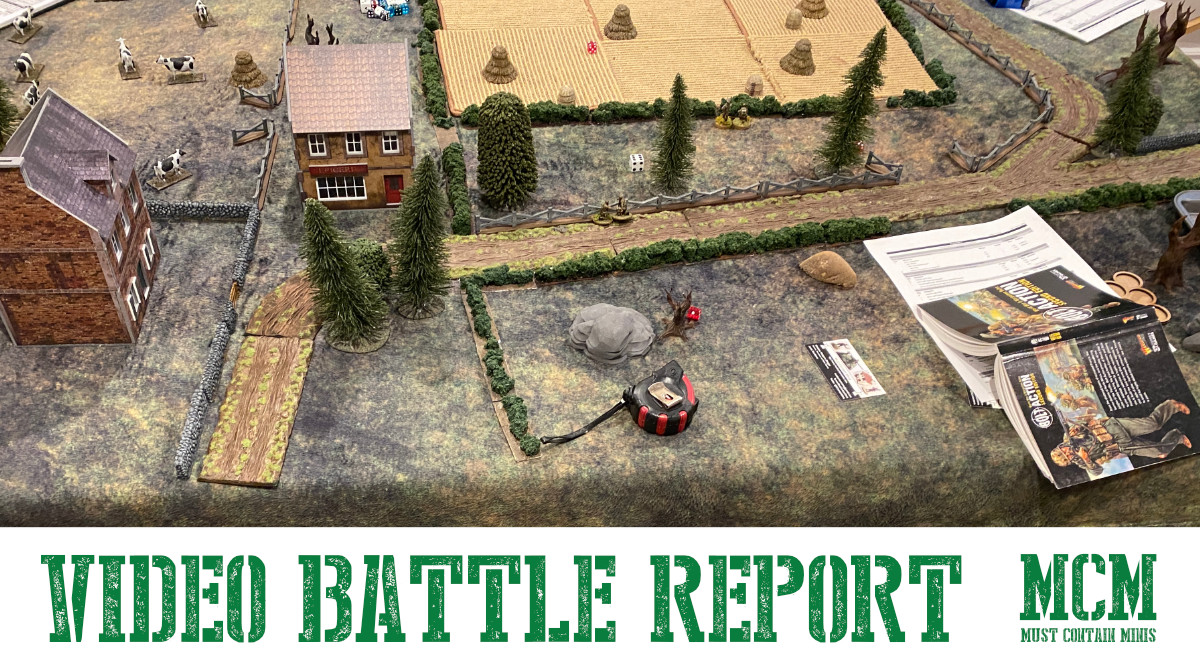 Welcome to this 1000 Point Manhunt Bolt Action Video Battle Report. A while back I had the pleasure of getting together with one of my gaming friends and tossing some dice on the table. In this game of Bolt Action, we had the Germans attacking a British force in hopes to capture the British Commander.

Who won? Watch the video below to find out.

If this video does not work, you can also find it with this link here.

For those wondering, here are the army lists from the report…

If you liked this video, be sure to check out my other Bolt Action content here on Must Contain Minis.