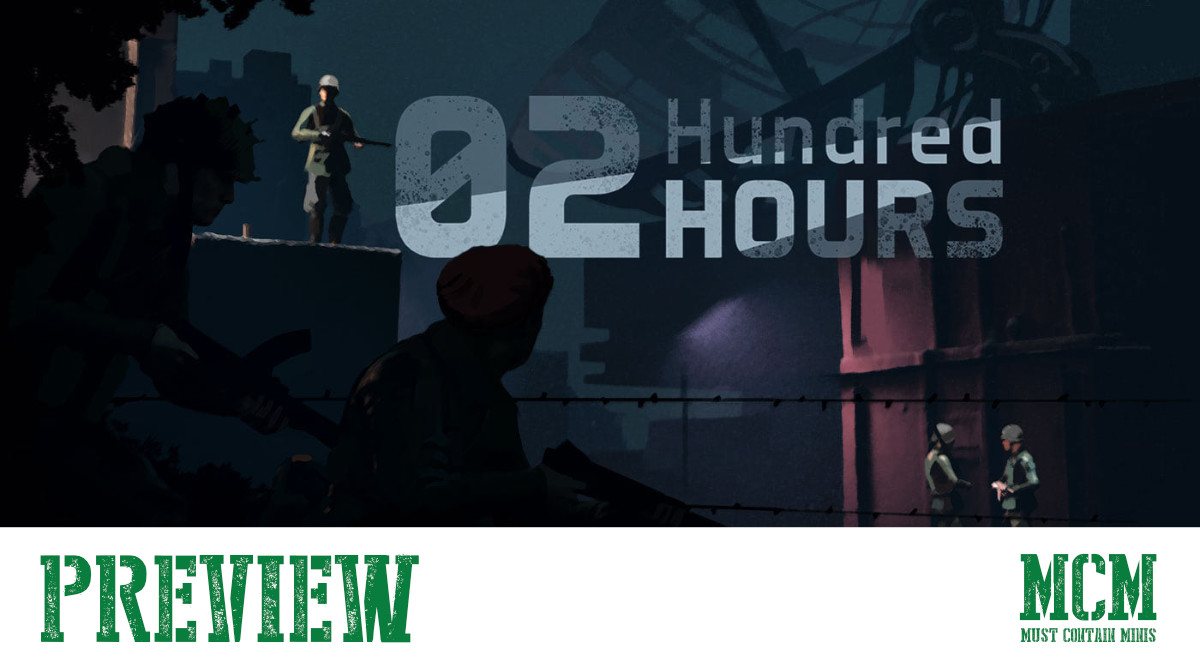 Looking for a new way to play WW2 with your miniatures?

Grey For Now just officially announced an upcoming game called 02 Hundred Hours. It sounds like this game has a lot of promise. This quick post talks about the reveal of their new game and what we can expect. Personally, I am excited.

Let’s check out the description…

02 Hundred Hours is a skirmish wargame focusing on night-time raids in World War II. Inspired by classic war movies as well as historical events, battles are fast paced with roughly 10-20 models on either side.

Field an elite force of Commandos, SAS, Paratroopers or Rangers to infiltrate the enemy lines under cover of darkness. Recruit SOE spies and local resistance fighters to bolster your chances.

Launch attacks on radar stations, munition factories, airfields, bridges and rail lines. Sneak past sentries, take them out with silent attacks, or open fire with a devastating ambush. Plant charges to destroy your objective, assassinate a target or grab vital intel, then fight your way to safety before reinforcements arrive.

Or play as the defenders, carefully setting patrol routes so your sentries can spot raiders in the shadows, utilize guard dogs, officers or even the dreaded Gestapo and make use of informants and intercepted transmissions to thwart the attackers’ plans.

Description from Grey For Now.

It looks like this game is going to be a bit like the old Kill Team Games from many editions ago. Your squad sneaks around and they cannot engage each other until one side sees the other. Once the defender sees the attackers, they raise the alarm and the game is on. I have not seen any rule previews, but I am guessing we might see some blind (or random) movement mechanics in this game until the alarm is sounded.

I have to admit, we don’t know much about this game yet, but we know it is set to come out for the spring of 2022. We also know that Grey For Now partnered with Wargames Atlantic. If you don’t know Wargames Atlantic already, they are absolutely amazing!!! They make quality plastic miniatures for the most affordable prices around. Grey For Now also plans to make additional metal miniatures to go with this set. I am really looking forward to seeing what they come out with for this game.

Early January has been absolutely full of many exciting announcements from many companies. I honestly can’t keep up with all of the news. There is so much right now. That also means that there is a lot to be excited for in 2022. If you haven’t check them out yet, make sure to take a look at Grey For Now and at Wargames Atlantic too.

If you think you have heard of Grey For Now, they are the company that produce the miniatures game called Test of Honour: The Samurai Miniatures Game. That game in and of itself has a good following.

What about you. What do you have your eyes on?

Should I Get into the New 40K – Indomitus