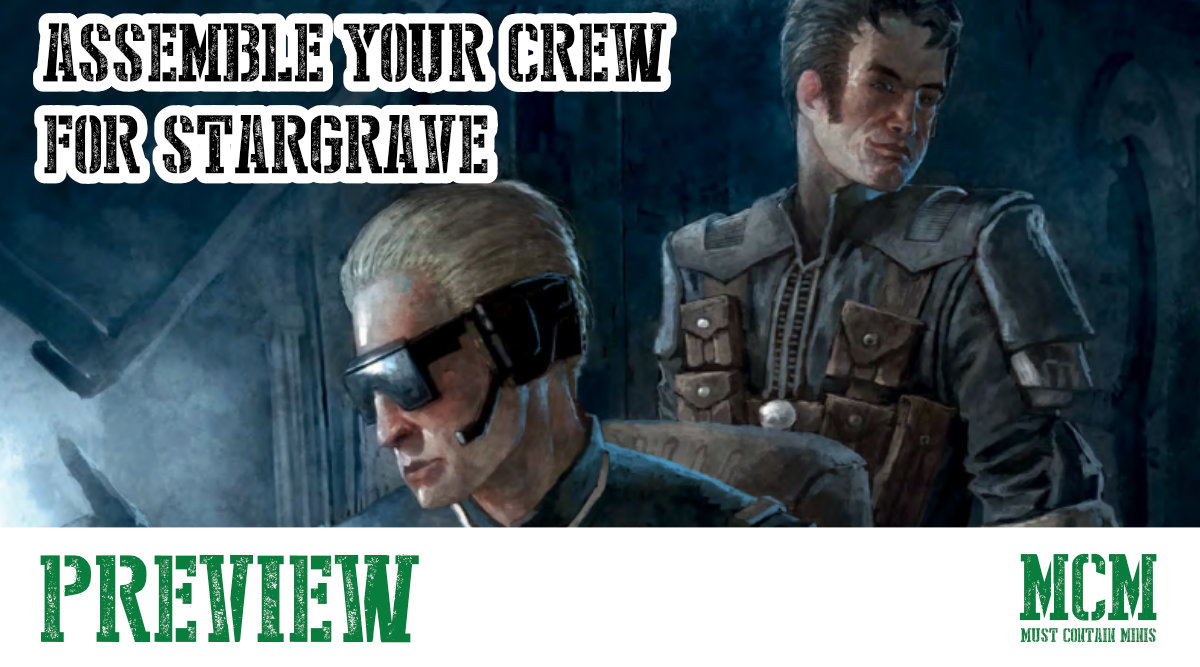 This post is all about assembling your crew for Stargrave. I am not sure about you, but whenever I get a new rulebook, I like to flip through it to see how it will work with the minis I already own. In this post, I planned to tell you exactly what type of Captains and First Mates you can build for this game. On top of that, I intended to inform you on what type of figures you could expect to use for the game.

Well folks. The good people at Osprey Games beat me to it! Not only that, but they one upped it. The released the entire chapter about Character Creation.

If you haven’t done so already, head to Osprey Games’ resource page, and go to the bottom.

With Osprey Games having released this information, you don’t really need me to go over it. That said, I will quickly outline here what I had planned to go over.

Your crew typically consists of 10 figures. There is a way to temporarily boost this number, but generally it is 10. Two of those characters will be your special Captain and First Mate. These figures can be designed as… a Biomorph (genetically enhanced), a Cyborg (part human, part robot), a Mystic (think Jedi), a Robotics Expert, a Rogue, a Psionicist (unlock the powers of your mind), a Tekker (think a Cyberpunk hacker), or a Veteran (an experienced soldier of war).

What you choose for your Captain dictates some of their attributes and the skills that they may choose. Your First Mate also gets one of these classes. That said, the classes do not have to be the same. This way you can have a Rogue team up with a Veteran (that could be Han Solo and Chewbacca). Perhaps you want to pair a Tekker with a Robotics Expert or Cyborg. You can do that too.

For soldiers, you may take up to 8 standard soldiers, or you can sub those out with up to four specialist soldiers. The notes and stats for all of these units are in the downloadable chapter that I sent you towards before.

If you ever dreamed of taking your Frostgrave games into space, this book is for you. To wet your palette, Opsrey Games has released a chapter of Stargrave about creating crews on their website. This is very generous of them and it gives you everything that you need now to start creating a crew so you can be ready for when the book releases.

Prepping for a Tournament: Bolt Action