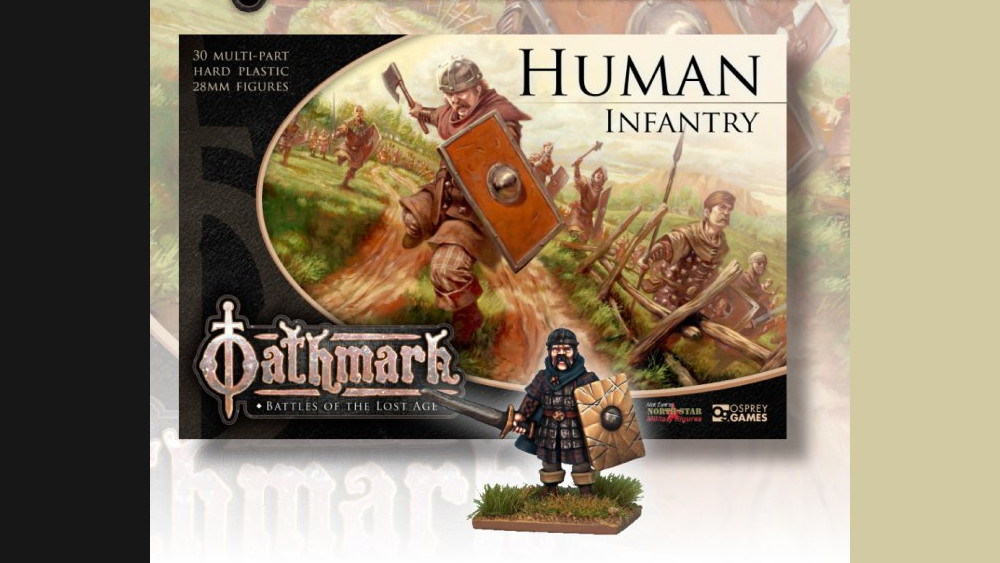 One of the things that I really love to do is to keep my eyes on what is coming out onto the gaming market. One of the items that has my eyes is the new 28mm Oathmark Humans by North Star Military Figures. These miniatures are now available for pre-order.

For those that don’t know, Oathmark is a game on the planned release schedule by Osprey Games. When exactly it will come out, I do not know. What I do know is that they now have four armies ready for the book’s release. The book itself is being written by Joseph McCullough, the author of Frostgrave. This time, Joseph is writing a game of mass fantasy combat. Like Frostgrave, there is supposed to be a campaign system where you can build your forces over the course of a number of games.

In this post, let’s take a closer look at those pre-offer deals on the Oathmark Humans and at the sprues themselves. Please note that all images in this post are from North Star Military Figures.

North Star is currently offering four different deals for customers on these pre-orders.

If you like the metal figures, they are also available individually at this time. In the future, I believe they will be paired off.

Aside from the three Human deals above, they also have an all in type of deal where you get a box of all the plastic Oathmark sets so far with some bonus figures. I really wish this one was in my budget at this time. It looks so cool!

These miniatures all look pretty cool and I am loving the artwork on the human miniatures.

Below is an image of the Oathmark Human Sprue from North Star Military Figures Facebook postings.

Hopefully you enjoyed this quick look at the Oathmark Human Sprues and Pre-Sale Deals. Personally, I am really looking forward to Oathmark and wish I could buy all these miniatures.

If you are interested, be sure to check out the deals over at North Star.