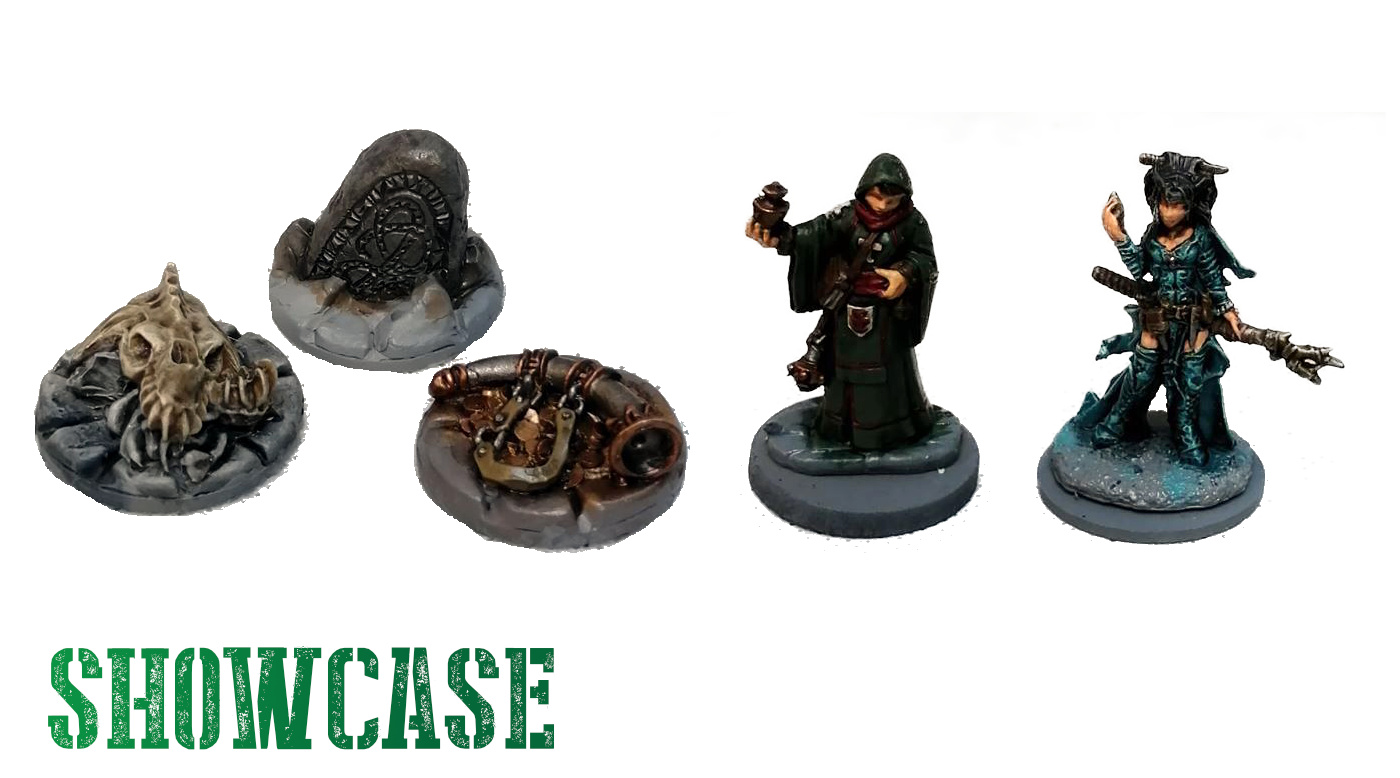 Dave Lamers is at it again. He is painting up a bunch of miniatures. This time it is a bunch of miniature for a quick Frostgrave showcase. Some of them are made by North Star Military Figures and others by other companies. Join me in this quick look at some of his work.

As a note, Dave Lamers painted these miniatures and took the photographs. He left the bases as they are as often the customer likes to add the basing materials so the models match their collection. I touched the pictures up a bit for the internet and wrote the story. Now, let’s take a look at the pictures he sent.

Here Dave painted up some official Frostgrave objective markers by North Star Military Figures. These ones happen to be the models from Forgotten Pacts.

It looks like Dave took the approach of turning this CMON Games Miniature of Eddard Stark into a bronze statue. If you want to see the same model painted up in a different way, we have a picture of that in our “A Song of Ice and Fire – Stark Showcase Part Four” article.

Being that Frostgrave is a Miniatures Agnostic game, you could buy your figures from wherever you want. While I love the miniatures by North Star Military Figures, I also bought some by Reaper Miniatures.

Looking for some members to add to your Warband in Frostgrave Second Edition? You can use whatever miniatures you want. Here Dave painted up some Reaper Miniatures Derro miniatures as possible soldiers that you can hire.

For those wondering, the bases under three of the four Reaper Miniatures I bought from Six Squared Studios. They are best known for their MDF bases and have good shipping rates within North America. These are their 25mm MDF Bases.

Thank you for joining me in this quick Frostgrave showcase of recent work by Dave Lamers. As a plug, he does take commission work for those interested.

The miniatures in this post are made by a variety of manufactures including North Star Military Figures, Reaper Miniatures and CMON Games. The bases under the reaper miniatures are by Six Squared Studios.

Lannister Miniatures Showcase – Round Up – A Song of Ice and Fire