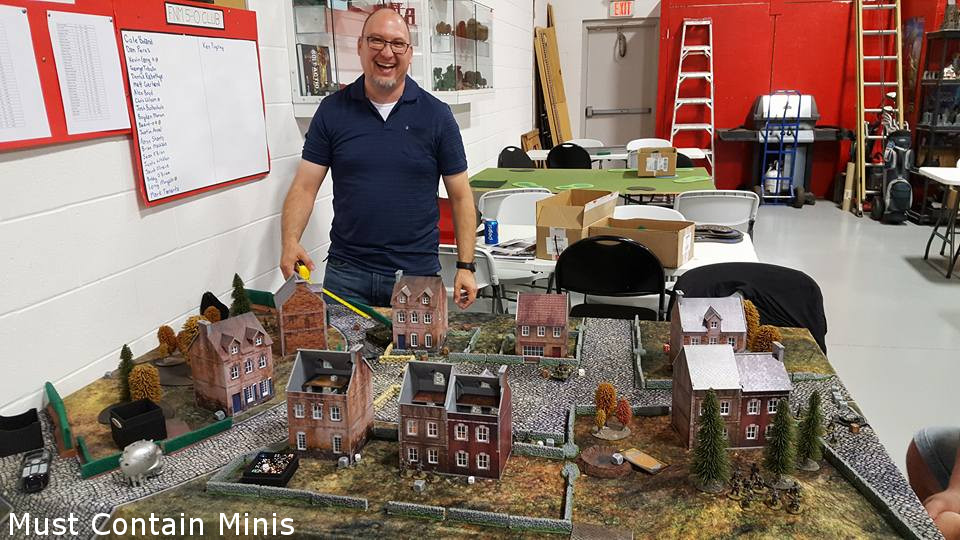 Rather than going into detail about a game that I played or a cool new product, I figured I would write a little bit about myself. I intend to let readers know a little bit more about my daily life and work history through this quick update about me.

Back in my Year in Review Article for 2019, I talked a little bit about coming changes. Those changes, I was not sure how they would affect this website. While I am still not 100% sure what it means for the quantity of posts on this website, the change has come and it is a good one.

The change actually pertains to my day job. So what is special about today? Today marks my first day in a new role at my work. I took a promotion.

The new role is in IT and AV for a higher level of clients than I took care of in the past. My work also plans to train me to perform at a higher tier of support than I provided in my last job. For me, this is a very happy move and I am hoping for all of the best.

Before this move, I took care of meeting room technologies. I spent much of my time setting up clients with in-room equipment (mostly setting up and troubleshooting video conferencing and web conferencing technologies). It feels good to receive the recognition required for a promotion and I am excited that IT will play a bigger part in my role going forward.

Some of you already know this, but I spent most of my career working as an Audiovisual Technician. I’ve actually been at that game for a fairly long time now. When I first started in the industry, there were still certain groups of people that could not give up their 35mm slide shows for PowerPoint decks.

I took my first gig as a volunteer labourer for a sound and staging company setting up a music festival and related conference in Toronto. After that, I did a co-op term with an AV company in Toronto as an in-house technician at a large hotel with an attached convention centre. That co-op term turned into a job, with plenty of neat experiences. One of my first professional setups was a press feed for Blondie. My first equipment operation gig was as the live-eye camera person capturing Lanny McDonald for a 9′ by 12′ screen in a hotel ballroom. Of the many neat shows I did in that hotel and convention centre, one of the cool things was seeing custom staging and sets coming in for various groups.

Having decided on going to University in London (Ontario, Canada), I left Toronto and moved to smaller city. There I carried on my work as an Audiovisual Technician. The first company I worked for there was a smaller one, but very competitive on the local market. After a short exit from the industry to try out event planning, I got hired by my second AV company in London. That second company I really enjoyed, and I still have friendships from there to this day.

Having finished my degree and working in AV, I decided to move to another city for a higher level job. This time, I would move to Waterloo where I worked for a think tank as their Audiovisual Technician. There I worked my way up to being their AV Coordinator and Team Lead.

At that place, I worked with more celebrities and high level scientists. Mat Dusk, Yo Yo Ma, and Jeff Healey all performed there and I had a hand in their shows.

On top of live musical performances, we also had a television show and multiple scientific festivals. I had a hand in the planning and execution of live taped scientific television show for a few years. I also worked with Stephen Hawking a few times.

While we had all of these exciting events going on, our main responsibility was to record scientific lectures that we would freely distribute through the internet.

One of the neatest things about being there was seeing the institute grow. I was even heavily involved a massive upgrade to their integrated AV systems. Those were exciting times.

Over my career, I provided services to many groups and companies.

Being involved in big shows is one of the coolest aspects of being an Audiovisual Technician. Many of the shows at the Hotel and Convention Centre where I started were actually fairly big due to the nature of the venue. With the London companies, I was involved in the 2005 Memorial Cup (the Canadian Championship for Junior Hockey), many large events that filled the London Convention Centre, and even the unveiling new vehicles at an automotive plant.

While all of the above shows were awesome to be a part of, none were so big as the arena shows that I did with IATSE. Now, I am not a union member (nor have I been), but it is possible to work with them as local crew for travelling shows as a permit worker. The shows that I worked on include…

The biggest show that I ever got to do as a local tech for IATSE was WWE Raw. If you are a tech or staging professional and get a chance to work on this show, take it! I was beside myself for the whole event. It was a long time ago for me, but I remember 180 technicians all working together to quickly dismantle and load up 16 semi-trucks worth of gear so the WWE could move on out to their next city. I was part of the projection crew and took care of the giant screen and projectors. Just an amazing experience!

Coming Back to Today

Over the past six years, I worked for the same company doing user support for video conferencing (VC) and meeting room technologies (AV) in an office building. During my spare time, when not working on MCM or BoLS, I have also been studying IT and more AV.

The IT aspect is fairly important to AV these days because most of the hardware are basically specialized computers and more and more of the end-user support is actually dealing with customer’s laptops.

I am so very happy that the hard work has paid off in the form of a promotion at my work.

I hope that you enjoyed getting to know me more in this update post.

Broadsword 8 – Back When Conventions Were a Thing.