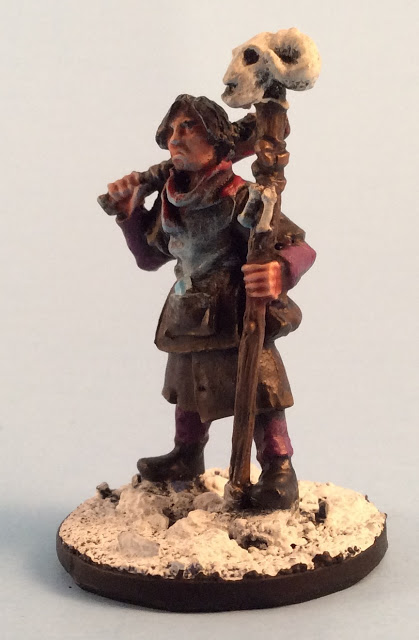 What a great day to be a wargamer! I purchased my ticket to Council Fires in Brantford and made my Frostgrave Purchase for Forgotten Pacts. Both of these items I am really excited about, yet I find myself looking around at all of the fantastic miniature products on the market.

Sometimes I get what the guys over at Beasts of War call the “shiny syndrome.” That’s right, I see all of the new products on the market and my brain just cries out “Want!!!” The last time I went to Forbes Hobbies in Cambridge, I saw two copies of Dungeon Saga by Mantic Games sitting on the shelves with some of the expansions. “Want!” I heard from inside me. “Come on… Get this! You can use these figures for both Dungeon Saga and Frostgrave!” I quickly put the product down and continued to look on the shelves. I talked the shop keeper and he totally understands. I just love games of all sorts. He told me that is exactly what drew his business partner into owning the store. He has the same compulsion of wanting all the games.

Since I am not made of money, I have to pick and choose what to buy. Recently, I bought Band of Brothers without watching or reading any reviews. I just wanted it and felt it was a good way to get the rule book for Bolt Action 2 while getting a starting point for a 2nd and 3rd army. Usually though, I consult the internet for multiple reviews to help guide me on how to spend my hard earned money. This site somewhat focuses on Reviews and Battle Reports because of the usefulness I have found in reading and watching other miniature sites on the Internet.

Recently, I wrote a post about how Games Workshop – a company that I stepped away from years ago – is again producing products that make me raise an eye at them. As I mentioned earlier in this post, Mantic Games also has me looking at them as I actually had Dungeon Saga in my hands before returning it to the shelf. Mantic has been putting out a lot of great and fun looking items that has me looking at them and wondering if I want to get into their games. Star Saga, Dungeon Saga, Dead Zone, and their Scenery and Terrain kits are all items that hold my interest. I happen to know that Mantic products are good because I have owned them in the past. At one time, I owned a full Undead Army and a full Dwarf Army before Kings of War took off in my area. I also owned the Dwarf Kings Hold. Unfortunately, I sold them off. When Frostgrave came out, I regretted that I sold those Mantic products and ended up buying the Frostgrave branded Mantic Undead Encounters pack.

Privateer Press also has me looking at them with their new starter sets. I have long been a Warmachine and Hordes fan but have never bought into that game. The new starter sets look to be exciting and affordable. Khador, Mercenaries, Skorne and Trollbloods all have always interested me. How do people feel about Warmachine 3? Is it good? Does it require many figures?

Add on top of 5 FLGS and a miniatures manufacturer within a 1.5 hour drive, all of the internet stores out there and Kickstarter – I don’t think there has ever been a better time for me to be a gamer. There is just so much out there to pick and choose from. We truly do live in a great time to be miniature wargamers. Do you agree?

As a quick note… Some of my readers may already know that I had surgery on my dominant hand. It has not yet healed enough for me to be painting miniatures, but it has given me time to read through Konflikt ’47 and get a lot of writing done. Soon I will be releasing a breakdown of the Russian units in Konflikt ’47. I had intended to release some reviews of Reaper and Six Squared Studios products in the coming week, but those reviews will be delayed due to my hand.

IKEA Furniture for the Hobby Room