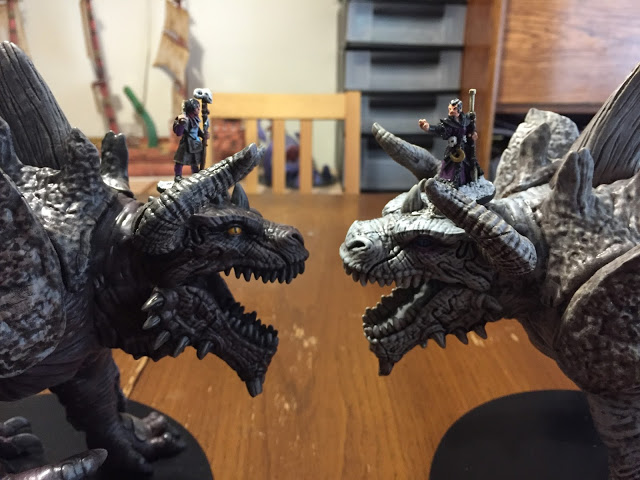 Yesterday, I visited my friend Jey Legarie at his house to see the Master Moulds and Master Paints of his upcoming miniatures. What an honour. I have been following the progress of Jey’s Kickstarters for a while now, but the pictures on that site really do no justice to to the size of this model.Wow! For a size comparison on Kickstarter, the Behemoth is paired with a Colossal red Dragron by Wizards of the Coast. That is a neat model but totally out of my frame of reference for a size comparison, so when Jey gave me an invite, I brought over some of my Frostgrave Models for reference. These guys are Huge!!!

When I saw the Behemoth in real life, I was blow away by the size and beauty of these two Master paint models on Jey’s Kitchen table. To get a sense of scale, I set out my Giant that I use for Frostgrave (by Reaper Minis) and put it beside the Behemoth. The Behemoth Dwarfs that Giant. Check it out!

I then decided to check out how the Behemoth fits against a 32mm RAFM USX Modern Day Heroes miniature. That mini is also tiny in comparison.

Now, these behemoths are built with a space to place a rider on its head. It is a neat little feature that I like. Check these pictures out.

After showing me the Behemoth, Jey showcased some of his other master sculpt miniatures to me. The first mini is a potential stretch goal, the “Clawed Deviant.” It is fairly large so I put my Frostgrave Wizard by it for a size comparison. This guy looks great for use as a monster in a D&D game. 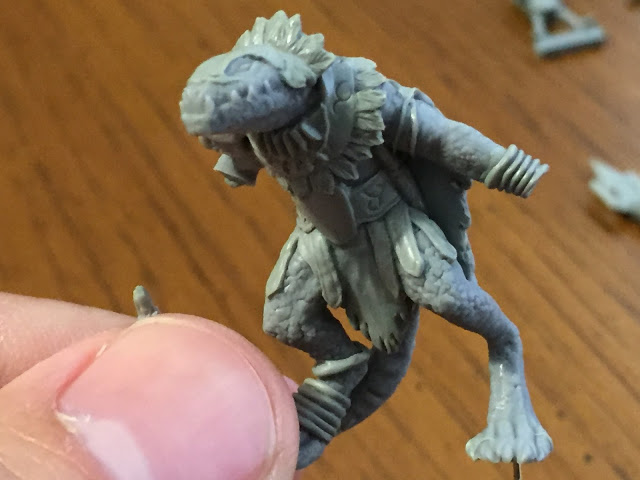 It was really interesting spending some time with Jey yesterday to talk about his Kickstarter. I would like to thank Jey for the opportunity to chat and learn more about the industry while taking some pictures of great minis. I really can see the Behemoth fitting well into any tabletop RPG game, but my angle and background make me want to use it in a wargame. I imagine the Behemoth being used as a massive beast in Frostgrave, a rampaging Dinosaur in A Fistful of Kung Fu or some sort of proxy monster of a colossal sized beast in any popular fantasy miniatures game. On my way out, Jey gave me a copy of his Card Game, Dungeon Crawler.

I hope that my readers enjoyed this article. The Behemoth is a very cool model and if you are interested, get in on it quick. The Kickstarter is currently fully funded and doing its final push before ending on Moday, August 1 at 9pm EDT.