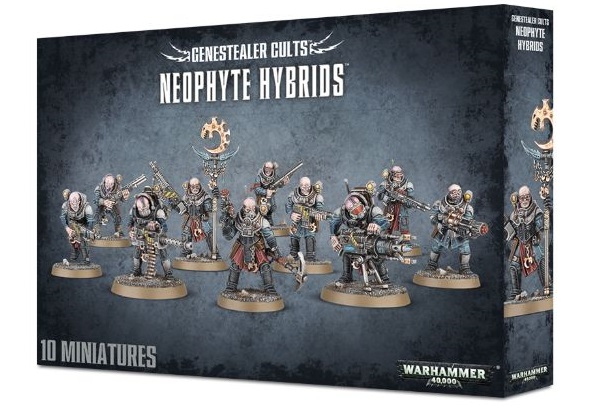 Many of my long-term readers will know that I have a love/hate relationship with GW. In the past, I bought “into” Games Workshop multiple times and have owned armies for 40K Orks, Tyranids, Space Marines and Imperial Guard as well as Fantasy The Undead Count Armies, The Empire, Orks and Dwarves. I never played a game of Warhammer, but I did own full armies for each of those factions at one point. Fortunately, or unfortunately, depending how you look at it, I have sold off all of those armies and switched to more affordable Gaming Systems. Lately, I find that GW has been doing stuff that keeps getting me to look back at their products.

The first products to get me excited about their ranges is their return to Specialist Games and Boardgames. Space Hulk, Death Watch: Overkill, Kill Team, Warhammer Quest: Silver Tower, Gorechosen, and Storm of Sigmar all have sparked an interest on whether that is something I want to get into. The models look wonderful and I never had issues with their rules, but their price-point is something that continues to hold me back. In today’s market, we are very lucky with many great products available at all sorts of price points and I can buy several times the amount of products from GW’s competitors for the same price. Given that my gaming budget is just a few-hundred a year, this price difference is a huge issue. I could easily blow that entire budget on just two boxes of GW products.

That said, Kill Team, Storm of Sigmar and Gorechosen don’t seem to be too badly priced. In fact, I seem to have raised an eye at them but have not yet bought them. GW is also coming out with Battle for Vedros in November which has me watching what they are doing. I am hoping that getting hobby products into mainstream stores (which is part of the plan for Vedros) will help grow our hobby community. GW’s Start Collecting Boxes also seem to be a great value of late.

I will admit, that I still have a weak spot for GW Models related to Orks, Space Marines, Imperial Guards the Undead or anything with a Cult based theme (such as Khorne Bloodbound Bloodreavers or Chaos Cultists). Something that I saw in the news lately from Bell of Lost Souls is that GW is releasing a Genestealer Cultist army. That is really cool and has me looking back at GW again. The price point will keep me out, but the models certainly look fun.

Tomorrow, I release a Battle Report for Dreadfleet (an OOP GW Game). While I don’t tend to buy GW due to my own budget concerns, I am certainly not against trying out their products. If you live in the KW area, own a Specialist Game game and want to do a Battle Report with me featuring your models, let me know. Maybe we can work in a game. For my other readers out there that normally do not play GW Games, do you find yourself looking back to see what GW is up to of late? They certainly seem to be moving in a different direction than they were just a few years ago.

Below are some pictures of the new GeneStealer Cultist Models…