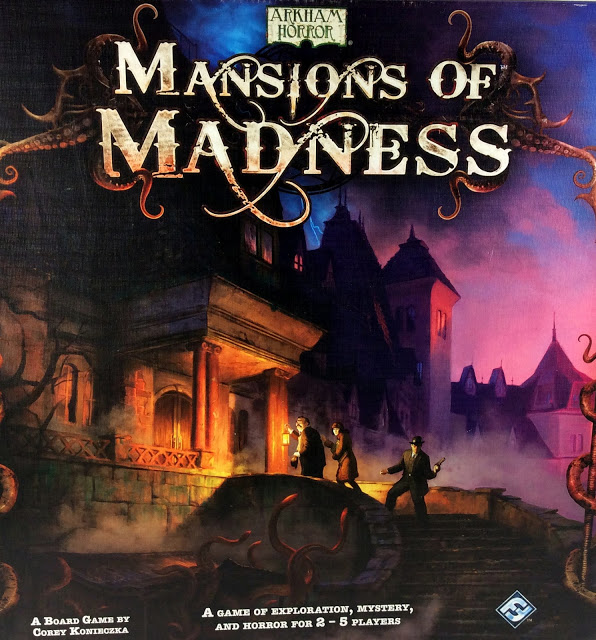 The game itself is very good with and has many mechanics that my players enjoy. One of the main mechanics that they enjoy is solving puzzles. These puzzles are essentially mini-games within the game that allow the player to unlock doors or access treasure. Sometimes, I think I need to add a timer because some people like to take their time planning moves, but I tend to let that go as people are enjoying themselves. Combat is very simple and is both card and dice driven. Some players get upset as the card dictates what stat to roll against and when they have a strong (but slow) character having to roll dexterity (instead of strength) to hit a monster, they get upset. To me, I think that aspect adds a bit of charm to the game. My gripe with the game is that it needs an “Overlord” to run the monsters. Since I own the game, that Overlord is always me. Sometimes I would rather play instead. 2nd Edition will solve this problem as the Overlord is actually played by an IPad App. I am mixed on how I feel about a computer running a boardgame for a group, but it would give me a chance to actually play as an investigator. Now let’s get on to the minis in the box!

The enemy models are okay, but the investigators are better. One thing that was disappointing is that the Creatures do not glue well onto the provided bases. I tried both Plastic Cement and Crazy Glue and in every instance, the minis popped off the base. Fortunately, the figures all have pegs that fit into the base. This issue with the glue will likely be present in Second Edition too because it has been stated that Fantasy Flight will be using the same bases as what was used in First Edition.

Now on to the Investigators…

The game itself is about being driven to madness. Players that want to win, do not appreciate this style of game. You are never better than you start off. Perhaps you find a better weapon or learn a new spell, but you are constantly losing your sanity and taking wounds. This style of game makes for a great story that can be retold on later dates when reminiscing with friends. So long as everyone that joins is okay with telling a story where their characters descend into madness, then I highly recommend this game. It is great. If you have a group that wants to win no matter the cost, carry-on. This game is not for them.

It will be interesting to see what the Second Edition will bring to the table. I am pleased to see that Fantasy Flight Games is publishing a conversion kit to make all of the characters and monsters from the First Edition usable in Second Edition.

I hope that my readers enjoyed this post. I figured the review is somewhat timely because the Second Edition comes out this week and the components from First Edition will be usable in Second. For those that are lucky, they might even find the First Edition on clearance with a good price break. Typically I have good luck with Fantasy Flight Games and I can tell my readers with certainty that Mansions of Madness (First Edition) is an enjoyable game and I expect the same of the Second Edition.   🙂

Frostgrave: The Hunt for the Golem – Review

Work In Progress – Showdown at Retribution