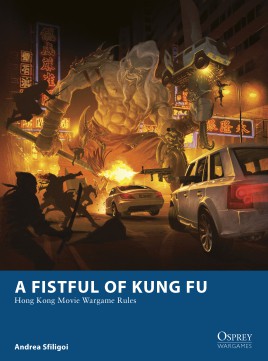 This week, I have been typing up and planning for the game of a Fistful of Kung Fu that I am running at Broadsword 2 in Hamilton on August 20. I’ve been reviewing the rules and below is a little teaser of what is coming.

The game will be set for 2 to 6 players. Of course, I am hoping for a full group of 6 players. To balance the game, three players will play on the side of the Law and Outlanders while three will play as Deep Ones and Cultists. There will be one large  plot where each side has an objective to complete as a group. Most likely, the Cultists and Deep Ones will have to move a heavy object out of the middle of town to win. To make things more interesting, I have added three separate sub-missions where each group is paired against a specific group on the other side. If you fulfill both win conditions, then you win a decisive victory. Of course there will be a couple of complications and perhaps a VIP included as well. I am thinking of running the game with between 300 to 350 point groups. It should be a good time and I hope to see a lot of people out at Broadsword 2.

In other news, the very author behind A Fistful of Kung Fu is also behind another interesting game by Osprey due out in December. It is called Rogue Stars. I haven’t yet decided whether I am buying into it, but it certainly is on my radar with its own Facebook Group and Facebook Page. For those interested, there is a related Nickstarter set to run starting November 1st, so feel free to join those groups to keep up on the latest news. I, myself, am really interested in seeing what is released for this product.

I hope everyone enjoyed this quick post. Next week I will do a post or two more about A Fistful of Kung Fu and then I will likely switch my attention back to other projects.