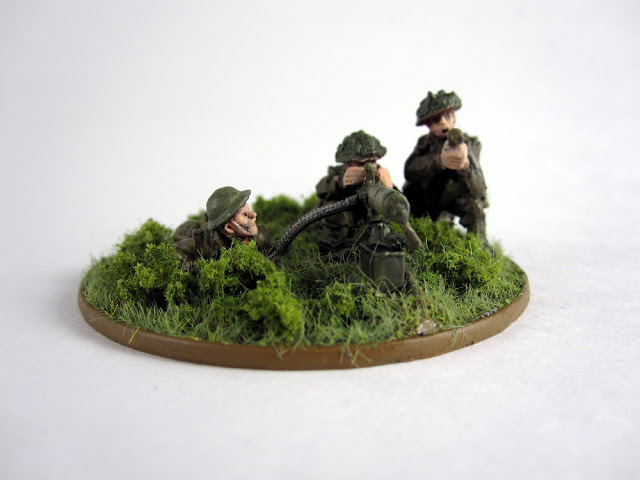 This post is a showcase of my painted British MMG Team by Warlord Miniatures for Bolt Action, which I bought through J&M Miniatures a while back. I hope that my readers enjoy these images.

I finished these guys in preparation for an upcoming Bolt Action tournament at Council Fires. I still have to figure out what to take for my army. Generally I like to take two styles of armies. One is full of big blocks of infantry and plenty of two-man teams and static weapons. The other is a fully mobilized unit with all my figures having transports. Which do you think would be better for a tournament. My local meta tends to be heavy in tanks, but I don’t know what to expect at the tournament.