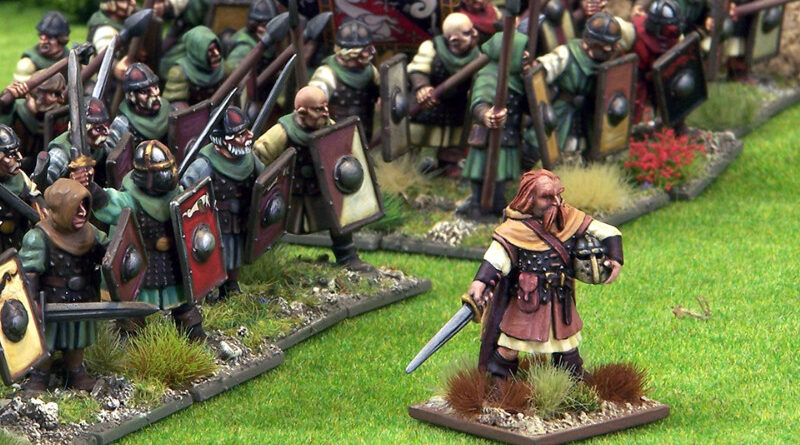 Have you been following Oathmark by Osprey Games lately? Lately fans of the game and Osprey have been gearing up for its release, and I am really hoping to see something out in April. Being that Osprey Games has been promoting it so much lately, I figured I would write a quick post on what we know so far about Oathmark Kingdoms.

All of the images in this post are from Osprey Games’ Blog.

Since the last time that I wrote about Oathmark, Osprey Games released an 8 page document on how to build your Kingdom. You see, Oathmark runs on a campaign system and at the start of the game, you get to choose the lands. The lands you choose determine the troop types that you can take in the game. While you choose a base race (Human, Elf, Dwarf or Goblin), you can end up with any mixture of races in your army. What matters is that you took the land type to recruit the troops that you want.

Once in game, you can expand your territory (and presumably lose lands too, but I am jumping to conclusions there).  Between battles, the game is about building your Kingdom and army recruitment. In the battles, the game is about tactics. In a round, you take turns back and forth trying to activate a unit. To activate, you roll two dice against a target number (rolling higher is better). If you fail, your unit still gets to go, but its choices for the round are limited.

In the Oathmark army pictured earlier, we have a clear mix of Elves, Goblins and Dwarfs. Below is the Army list for that 2400 point army.

Update: February 5, 2020 – As of today, Osprey Games uploaded a Army Planner PDF file on their blog that contains the point values of different units.

As far as points go, an army of 550 points is recommended for beginners. That represents 1 to 2 Oathmark Boxes worth of troops. You can then work your way up to a standard 2,500 point game. If you want to take things even further, you can play 4,000 and 6,500 point games too.

Hopefully you enjoyed this preview of Oathmark kingdoms. As a reminder, all of the images in this post are from Osprey Games’ Blog. For those interested, I also have a very comprehensive look at the miniatures available so far for Oathmark.

The Bell of Lost Souls Alliance 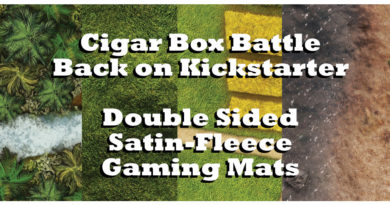 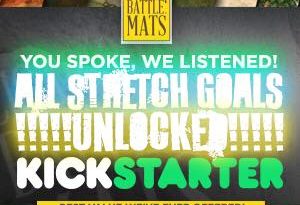 Why Didn’t They Do That from the Start? Cigar Box Battle Mats